Three-time Lions tourist and World Cup winner Lawrence Dallaglio reckons Warren Gatland has all the necessary experience to lead a successful tour Down Under. [more] 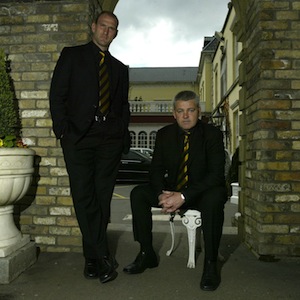 Three-time Lions tourist and World Cup winner Lawrence Dallaglio reckons Warren Gatland has all the necessary experience to lead a successful tour Down Under.

Dallaglio is better placed than most to pass judgement on the appointment of Gatland. The back-row forward spent three years being coached by the Kiwi at London Wasps, was a part of the last victorious Lions series in 1997 and toured Australia four years later before a final trip to New Zealand in 2005.

And he is confident his former boss is the right man for the job, having amassed a wealth of experience coaching in Britain and Ireland.

"Yes, he’s from New Zealand and some are questioning whether we could in future select a coach from our own shores,” said Dallaglio.

“But his experience, his reputation and what he has achieved in this part of the world is unprecedented.

“He’s worked with England players at Wasps. He’s worked with the Irish national team and he’s now working with the Welsh so his experience of northern hemisphere rugby is vast. I’m sure he’ll put together a fantastic team.

“It promises to be a really good tour. The Lions are in the spotlight a little bit. They’ve lost their last three tours to various countries and it’s about time they won one, I’m sure Warren Gatland would agree.”

It has been reported that Gatland would be open to selecting Dallaglio’s former team-mate Jonny Wilkinson if his form merits a call up.

And the former England stalwart reckons Wilkinson could be a worthy part of proceedings in Australia.

“I think we’ll have a very strong squad," added Dallaglio.

"He hasn’t ruled anyone out of selection. You should never close any doors and I think when you’ve got one of the world’s highest points scorers in Jonny Wilkinson, why wouldn’t you make him available for selection?”