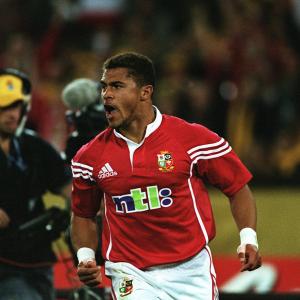 Robinson terrorised Australia with 10 tries during the 2001 tour Down Under and joined Britain and Ireland's elite once again in New Zealand four year's later.

But the rookie convert has played down talk of an international call-up and knows he has a long way to go.

"Talk of Jason Robinson or England doesn't mean anything to me," said Eastmond.

"Jason was a legend. I've played four games this season."

Eastmond has started both of Bath's games this campaign but it has been an arduous journey for the 23-year-old who endured an injury-ravaged first season at the Rec.

The former St Helens star was plagued by groin and hamstring problems and admits it was a difficult start to life in rugby union.

"I did feel bad about it all. The one thing you want to do when you join a new club, never mind switch to a new sport, is show people that you're there, show your team-mates that you want to work hard, and just get on with it.

"Union's a bigger stage and there are many challenges. Look at the breakdown. It's weird having four or five big blokes over you trying to rip the ball of you. And that's just one aspect."