Wallaby boss Robbie Deans was keen to praise Argentina rather than publicly worry about the nature of his own side's latest unconvincing performance. [more] 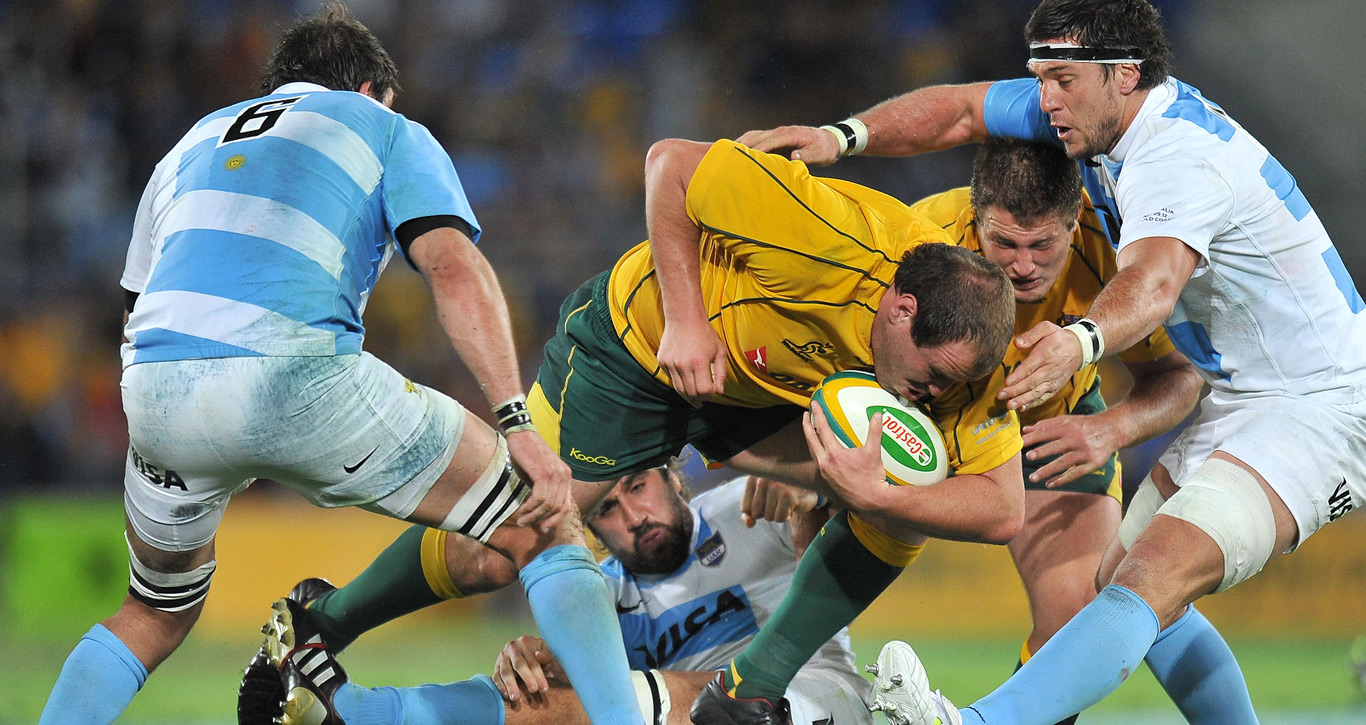 Wallaby boss Robbie Deans was keen to praise Argentina rather than publicly worry about the nature of his own side’s latest unconvincing performance.

Australia had to fight back from 19-6 down to the Pumas on Saturday as they made it two wins in a row in the inaugural Rugby Championship.

Deans saw his side show great character to run out 23-19 winners on the Gold Coast yet he continues to face severe criticism over their recent displays.

But the New Zealander, who is contracted to the Australian Rugby Union until after the Lions come calling next summer, believes the Round 4 victory was far better than people are suggesting.

"I wouldn't underestimate what we have just done," said Deans, after late tries from Pat McCabe and Digby Ioane saw them avoid embarrassment against the tournament newboys.

"There was great character shown, especially with a lot of young blokes playing. But we did cough up a couple of tries that were unnecessary, and as a result had to work hard to get out of trouble.

"No side has played with any fluency against Argentina. I think we need to give them due respect. They've just come into the tournament and a big motivation for them is to earn respect.

"They're potentially scary. They've got the capacity to play. They're very similar to the French, in the way they play their rugby – enormous pride, as good a pride you find in any side in world rugby.

"Taking that pride and combining it with some ambition in attack, anything’s possible for them. They’re going to get that done, and get it done quickly, off the back of this tournament.

"They're a tough team to play against. They're sticky, they're proud and they defend superbly well. Their tackling is remarkable. Give them credit."

Those sentiments were echoed by Wallaby skipper Nathan Sharpe, the fourth man to captain Australia in recent months following injuries to James Horwill, David Pocock and Will Genia.

Sharpe, who retired from domestic rugby at the end of the Super 15 season was delighted with the attitude shown by his troops, even if the overall performance wasn’t quite what he would have liked.

"It was great to come back from 19-6 down, and it required tremendous spirit by the players to win from there," said Sharpe.

"Whilst we didn't play flowing rugby at times, I was very proud of the character shown, because in that position a lot of teams would have thrown in the towel."