Michael Cheika will guide NSW Waratahs into action against the Lions in 2013, after taking the reins of the Sydney side. [more] 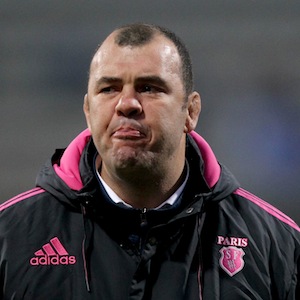 Michael Cheika will guide NSW Waratahs into action against the Lions in 2013, after taking the reins of the Sydney side.

The former Waratahs forward, who enjoyed coaching stints with Leinster and Stade Francais, has penned a three-year deal to replace Michael Foley.

The Waratahs Rugby Board conducted an extensive search for a successor to Foley following a dismal Super Rugby campaign in which they won just four matches.

They welcome Warren Gatland’s Lions to the Sydney Football Stadium on June 15 and Cheika is determined to put the pride back in the light blue jersey.

“The opportunity to coach the Super Rugby team of my home state and the responsibility to make all our supporters and all people from NSW proud of their team is one that motivates me immensely,” said Cheika

“I am really looking forward to being part of this new era in NSW rugby and will bring all the passion and professionalism I have to make this team one everyone will be proud of.

“My immediate goal is to establish our identity loud and clear, inside and outside of the team; who we are, how we are going to play the game and what we are prepared to do to earn the respect of our team mates, our supporters and our competitors, as individuals and as a team.

“By achieving this we will earn the right to think about getting some good results.”

Cheika will link up with the Waratahs in October 2012, ahead of the Super Rugby pre-season.

He has plenty of experience of coaching at the top level since hanging up his boots in 1999. His biggest successes came in Ireland, where he steered Leinster to the Celtic League title in 2008 and to their first Heineken Cup crown the following year.