From English judge to Irish wing

Carl Aarvold is surely safe as the "first" name in the British & Irish Lions' roll of honour. [more] 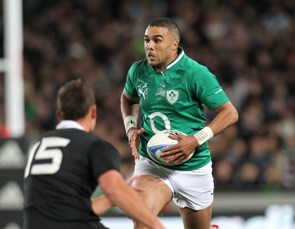 Carl Aarvold is surely safe as the "first" name in the British & Irish Lions’ roll of honour.

Carl Aarvold is surely safe as the “first” name in the British & Irish Lions’ roll of honour.

But there could well be a change at the other end of the honours board and a new “last” name added when the 2013 party to tour Australia is announced.

At the moment the list is completed by Irishman Roger Young, one of five with the same surname to have played in Tests for the Lions. Arthur Young, Dai Young, Jeff Young and John Young are the others.

But all that could change if England scrum-half Ben Youngs or Irish wing Simon Zebo make Warren Gatland’s squad for the Lions’ 125th anniversary tour.

While Youngs is an established international with six tries in his 24 Tests, Zebo only made his international debut this summer when he played on the left wing in the first Test against New Zealand in Auckland.

Meanwhile Aarvold, or, to be more accurate, Sir Carl Douglas Aarvold, OBE, TD, is one of the most fascinating individuals to play for and captain the Lions.

He was capped 16 times, leading England six times, and in 1930 he toured Australia and New Zealand with a Lions party that saw the likes of Roger Spong, Harry Bowcott, Jack Bassett and Ivor Jones become world stars.

Aarvold captained the Lions in three of the four Tests against the All Blacks, scoring three tries for a party managed by James “Bim” Baxter, and he went on to make his mark worldwide in the legal profession including presiding at the 1965 trial of the Kray twins.

He served in the Royal Artillery, reaching the rank of Lieutenant-Colonelduring World War II and was awarded an OBE in 1945 for his war service.