Wales stand alone in British & Irish Lions history - the only nation to be represented in every Lions Test match starting line-up over the last century. [more] 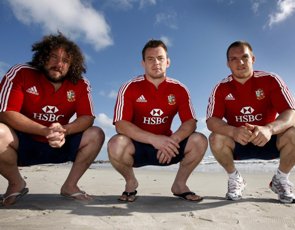 Wales stand alone in British & Irish Lions history – the only nation to be represented in every Lions Test match starting line-up over the last century.

Wales were not involved in the early ventures and it was only in 1910 that the Four Home Unions finally co-operated to create full representative teams.

But since 1899 when Wales were first involved with a tour and the Lions played a Test series, at least one Welshman has been selected for every Test.

So when did each of the other three nations last fail to provide a starter for a Lions international? For Scotland the painful truth is that it simply could not have been more recent – the third Test against South Africa at Ellis Park, Johannesburg, on July 4, 2009.

Scotlandhooker Ross Ford was on the bench that day and came on as a 37th-minute replacement to help the Lions claim their first Test triumph since the opening international against the Wallabies in 2001.

Twenty years earlier it had been Ireland’s turn to be the notable absentee nation. In the third Test against Australia on July 15, 1989, they did not even have a player among the match day 21, with centre Brendan Mullin the sole Irishman to appear in the Test series when he featured in the first Test defeat.

Englandalmost made it as an ever-present post-war nation, but they were not involved on the pitch for the fourth Test against the All Blacks in Auckland on July 29, 1950.

Waterloo scrum-half Gordon Rimmer – one of only three England players in Karl Mullen’s tour squad – had played in the third Test but made way for Cardiff’s Rex Willis for the final international 61 years ago.

If you want to follow the Lions Down Under in 2013 visit lionstour.com – home of the British & Irish Lions' official travel company – by clicking here