George North admits there is massive competition to become a Lions wing but insists his sole focus is on life at Parc y Scarlets. [more] 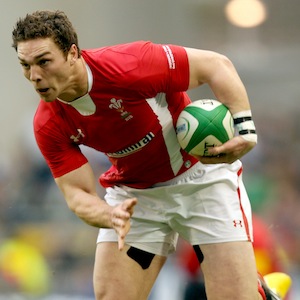 George North admits there is massive competition to become a Lions wing but insists his sole focus is on life at Parc y Scarlets.

The Wales star has enjoyed a phenomenal start to the season in west Wales, scoring four tries in three games as the Scarlets remain unbeaten in the PRO12.

North’s points blitz ended a 19-month regional try drought and the impressive strike rate has heightened speculation linking him to the Lions.

“It’s massive. England, Ireland, Scotland and Wales… basically four countries’ players competing for one team and that sums up the competition for places in each position.

“Tim Visser is flying. You have the form Tim and other guys have found early doors and it will be interesting to see what happens in the Six Nations and then the actual selection.

“But I’m not thinking about the Lions- what will be, will be. I try not to think or talk about it and it’s the same with Wales.

“You have to look after your own camp before you think about anything else.”

And North is well aware that foundations are built in regional rugby and he is focussed on continuing his good form against the Ospreys on Friday night.

“Basically I run, I catch, I score. It’s as simple as that,” quipped North.

“It’s been a great start but it’s not just down to my own work. The forwards have put a good stall out – they’ve worked hard and stepped up to the plate.

“From a backs point of view we love and relish that, it allows us to release the quality we have.

“I’m busier, a bit heavier and hopefully a bit wiser. But the main thing is I’m just really enjoying my rugby again.

“It got to a stage last season where I had a few injuries and a groin niggle but I’ve come back the body is feeling good. I feel fresh and I’m loving the game again.

“The Ospreys haven’t had the best of starts. It’s been difficult for them and they will be hurt.

“But, when it comes to a local derby, anything is possible. I am sure they will be looking at it that the Scarlets can be their first scalp to get them on their way again.”