Still no date for O’Connell’s return 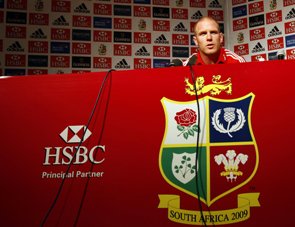 Munster are still unclear when Lions captain Paul O’Connell will return to action.

The man who led the 2009 Lions in South Africa three years ago hasn’t featured yet this season.

O’Connell missed Ireland’s summer tour of New Zealand with a knee injury and isn’t being considered for Munster’s fourth PRO12 fixture against the Dragons at Thomond Park.

And with the Heineken Cup opener against Racing Metro now just three weeks away and the autumn internationals not too far around the corner, Munster boss Rodd Penney admits he doesn’t know when he’ll be able to pick the veteran second row.

"He's making progress, which is great, but there's absolutely no deadline date for him to return," Penney told the Irish Independent.

"It's probably a week-to-week thing. We've had a lot of discussions. When Paul feels like he's ready he'll be back on the grass.

"It's very simple really – if you care for your players then those sorts of decisions about their welfare are no-brainers."

Munster wing Simon Zebo will feature for the first time this term this Saturday but fellow Ireland internationals Peter O’Mahony and Donnacha Ryan will have to wait at least another week before turning out for their province.