Robbie Deans has already decided who will wear the Wallabies No10 jersey in the absence of Quade Cooper next Saturday but he's not willing to make that decision public. [more] 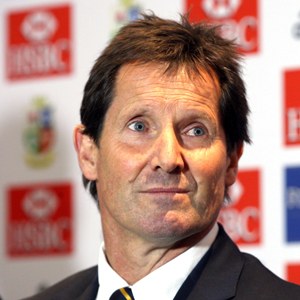 Robbie Deans has already decided who will wear the Wallabies No10 jersey in the absence of Quade Cooper next Saturday but he’s not willing to make that decision public.

Cooper has been ruled out of the remainder of the Rugby Championship as he is set for minor knee surgery this Friday, with either Kurtley Beale or Berrick Barnes ready to replace him against South Africa in Pretoria.

Deans, who hinted that he was planning a change prior to Cooper's injury anyway, knows who will lead his team's attack on the Highveld but hasn’t told the players themselves yet.

"The choices are obvious…we've got Berrick, we've got Kurtley," Deans told AAP at Sydney airport as the Wallabies headed to South Africa for the September 29 showdown with the Springboks.

"Obviously, it will be one of the above.

"We've made the decision, we just haven't communicated it yet.

Cooper has suggested that he would like to see Beale take over in his absence due to their similar attacking styles but it was Barnes who played 10 in all three summer Tests against Wales and who started the Rugby Championship in that position against New Zealand.

Beale has twice been employed at full back in the tournament but was dropped for a second time for Saturday's win over Argentina, with Barnes ironically the man who took his place after moving from inside centre.

Deans insists his choice won't have a big bearing on the way the Wallabies play, though, despite Cooper's own assertions that Beale offers a more potent attacking threat in comparison to Barnes' more conservative approach.

"I don't think it will make a lot of difference either way," added Deans.

"As you've seen with the way we structure our game, you'll see both players involved in both roles, so it really doesn't matter."