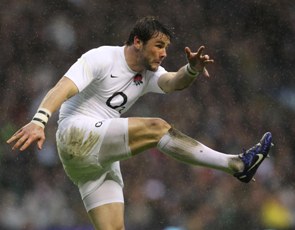 Foden needs surgery to repair ligament damage and is expected to be out of action for 10-12 weeks.

That rules the Northampton full back out until late November or early December, with England due to kick off their autumn series against Fiji on November 10.

Even if Foden did return at the 10-week mark on November 23 he would have no time to press for a place in the side to take on South Africa a day later or New Zealand on December 1.

Foden’s place in the England line up is likely to be taken by either Mike Brown or Alex Goode, both of whom featured on the summer tour of South Africa.

"It is unfortunate for Ben who has had a good run in the side and is a valuable leader," said England head coach Stuart Lancaster.

"But we have a number of back three players who are playing well and this offers a chance for them.

"Our medics will work closely with Northampton Saints to help Ben's recovery and I am sure he will be available for the RBS 6 Nations."

He was immediately strapped up by doctors and physios at the scene but not before he had shown the Saints replacements a bump the size of a cricket ball on his right ankle.

Northampton director of rugby Jim Mallinder said at the time that he was ‘hopeful it’s not broken’, with the club initially optimistic that it might have just been a strain and severe bruising despite the fact that Foden left the West Country in a surgical boot.