2009 Lion Mike Phillips has been dealt a blow after undergoing hand surgery. [more] 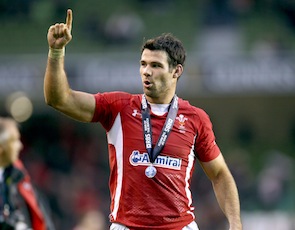 2009 Lion Mike Phillips has been dealt a blow after undergoing hand surgery.

The Wales scrum-half suffered the injury in training ahead of Bayonne’s Top 14 clash with Biarritz Olympique.

Phillips will now miss the Basque derby and two weeks of further action due to the operation.

“Can't believe I'm in hospital about to have an operation on my finger! Crazy day,” said Phillips on Twitter.

He is certain to miss Bayonne’s Amlin Challenge Cup opener against Italian minnows Rugby Mogliano but should be back in action for their second round clash with Newport Gwent Dragons.

But that could still leave the 30-year-old short of match fitness ahead of Wales’ autumn series, in which they face Argentina, Australia, New Zealand and Samoa.

The Grand Slam champions will jet to Poland next month to prepare for the Test series.

They will once again be based at the Spala cryotherapy centre for an intense period of training.