No9 dream for Blair and Murray

Mike Blair and Conor Murray both have hugely important years ahead but will either of them be celebrating with a Lions call up at the end of the summer? [more] 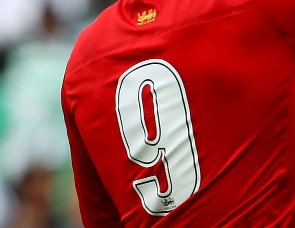 Mike Blair and Conor Murray both have hugely important years ahead but will either of them be celebrating with a Lions call up at the end of the summer?

Blair is currently settling into a new life in France while Murray is looking to build on his obvious potential by making the Ireland No9 shirt his own.

The pair are at opposite ends of the playing spectrum when it comes to experience but both men will want to make an impression in the autumn internationals and the forthcoming Six Nations and we see no reason why they can’t do just that.

Scottish star Blair insists his move across the channel to PRO D2 side Brive won’t affect his international chances and Munster No9 Murray isn’t ashamed to say that he dreams of wearing another red jersey next June and July.

“(Scotland coach) Andy Robinson has no issues with me playing in division two,” Blair told The Scotsman, as he dismissed claims that now might be the time to walk away from the Test scene.

“I am only 31 years old – look at the heroics that Rodrigo Roncero managed for the Pumas recently and he is 35. He was sensational so I’d like to think I’ve got a few years left in me.

“I was very happy with my form on the summer tour, it was the most enjoyable tour both on and off the field I have ever been involved in. I didn’t feel old except perhaps when Hoggy (Stuart Hogg) said he was born in 1992!

“I think people expect me to retire simply because I have been around for over a decade now. Perhaps if I’d only arrived on the international scene at the age of 26 or 27 no one would be talking about retirement. I am only going to retire when I feel that I can’t play at the highest level of international rugby any more.”

Mike Blair was a Lion in South Africa three years ago

With 2005 Lion Chris Cusiter ruled out of the autumn Tests with a shoulder injury and Rory Lawson playing second-tier rugby in England with Newcastle, Blair’s hopes of playing at the highest level don’t seem set to be extinguished anytime soon.

Retirement is certainly a lot further off for Murray, though, who, at 23, is eight years Blair’s junior.

When Blair was being called up as a pre-tour replacement for Tomas O’Leary by the 2009 Lions, Murray hadn’t even made a first-team appearance for Munster.

He made his Ireland debut against France in the summer of 2011 and was selected for the World Cup campaign that followed in New Zealand but has since faced a big battle with Leinster’s Eoin Reddan to be his country’s first choice. It’s a battle that seems to be swinging Murray’s way after he started the first three games of the 2012 Six Nations and then bounced back from the minor knee injury that ended that run by starting all three games against the All Blacks three months ago.

Now Murray himself admits he needs to push on for both Munster and Ireland and he believes the key to potential progress is confidence and consistency.

“I really got a taste for the high standards in New Zealand and you get an idea of how far you want to go after you match yourself against the best,” Murray told the Irish Times.

“I identified a few things over the summer and I had a few chats with coaches. If you want to be world class, you have to be ultra-consistent. There’s no use doing things well once and being inconsistent. You can be an international player but then you can be a very good international player, and at that level everyone has the skill, it’s just about consistency.

“The main thing I learned from last year is how to deal with the bad days, and get over them quite quickly. You will have bad days but you have to be mentally strong to put them aside, know that you’re a good player and back yourself.

“Especially with Ireland I felt I didn’t back myself enough. If I had a bad game the week before I just tried to minimise my mistakes, but that’s no way to play. You have to just go out and back your abilities and be confident, and try things out that you feel might work. Don’t let the way you’re playing shape you.

“You play in the shape and the game plan you’re trying to play, but don’t be a robot. If you see something is on then go for it, which I need to do more of this year, especially if I get few more chances in a green jersey.”

Conor Murray looks like keeping the Ireland No9 shirt this autumn

Those chances should come in November when Ireland play Test matches against South Africa and Argentina, with a non-cap game against Fiji penciled in in between.

And with Warren Gatland almost certain to take three scrum-halves when the Lions depart for the other side of the world in eight months’ time, Murray could have the perfect platform to persuade the Lions coach of his tour credentials.

The tussle for the Lions No9 shirt appears to be an ultra competitive one this time around, even if 2009 Test starter Mike Phillips has been the most popular choice among fans on our Facebook page.

Murray’s hopes of achieving the ultimate aim may be boosted by the fact that he could very quickly be seen as Ireland’s definitive No1 if he can build on his summer starts with an impressive performance against the Springboks.

England’s Ben Youngs, Danny Care and Lee Dickson can’t be sure who is Stuart Lancaster’s preferred option right now; Scotland have Cusiter injured and both Blair and Lawson playing domestic rugby below the top flight, and Phillips’ commitments and disciplinary problems in France could see the Welsh door flung open for Lloyd Williams or Tavis Knoyle prior to the Six Nations.

Murray on the other hand doesn’t appear to be under too much threat from fellow internationals O’Leary and Isaac Boss so he could soon be seen as a real contender for a Lions Test spot rather than just a potential tourist if he can hold off the challenge of Reddan.

“I’ve never been warned off talking about it but I don’t think there’s any harm in saying I’d love to be on a Lions tour,” added Murray.