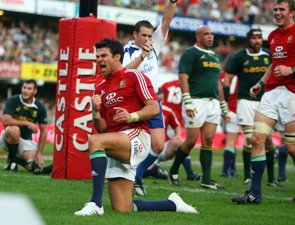 Lions scrum-half Mike Phillips has had his club suspension lifted.

Phillips was banned indefinitely last week for an alleged off-field incident after Bayonne’s defeat to Toulouse on September 21.

The 30-year-old was punished for apparent ‘misconduct’ after staying out late following the convincing Top 14 defeat to the European giants, with Bayonne president Alain Affelou publicly criticising the 2009 Test Lion.

But that decision has now been altered after Phillips sat out the weekend derby with Biarritz.

Phillips is currently sidelined with a finger injury he picked up in training but could now return to action for the Amlin Challenge Cup clash with Modigliano on October 12.

"Mike has a meeting with the Board of the club and head coach, Christian Lanta, at the start of next week and they will talk about his suspension," said a Bayonne spokesman.

"All the players have to be responsible and have a professional attitude at the club."

The decision to lift his suspension is a timely boost for Phillips as Wales look ahead to the forthcoming internationals against Argentina, Samoa, New Zealand and Australia in November and December.

Phillips will be hoping to add to his current tally of 67 caps when Wales aim to bounce back from their summer heartbreak Down Under when they were edged out by the Wallabies in three thrilling Tests.

The former Ospreys star has long been touted as the favourite for the Lions No9 shirt when Britain and Ireland’s elite head to Oz next summer and a quick comeback from his current injury and a strong showing back on Welsh soil in the autumn would clearly do his chances no harm.