Euan Murray has boosted his chances of making a second tour with the British & Irish Lions by returning to the Aviva Premiership. [more] 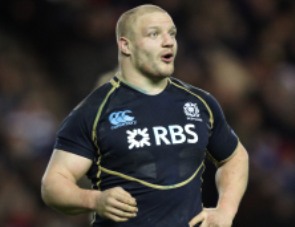 Euan Murray has boosted his chances of making a second tour with the British & Irish Lions by returning to the Aviva Premiership.

The 47-times capped Scottish tight-head toured South Africa with the 2009 Lions while playing for Northampton Saints. But the Glasgow-born powerhouse found himself at relegated Newcastle Falcons this summer.

He went out on loan to Agen at the start of the season but has now signed for Worcester Warriors ahead of the November internationals.

Murray spoke passionately about the reasons behind this decision to make the switch to Sixways next month and pinpointed the club’s structure, ambition and direction as crucial to his move.

“I looked at the ambition at Warriors and it’s important to go somewhere where the set-up is right and everything is geared in the right direction – to bring success to the club,” said Murray