Former Lion Ryan Jones is determined to tick off one more box on his rugby CV as he approaches the twilight of his illustrious career. [more] 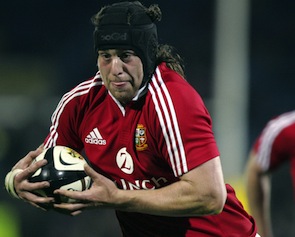 Former Lion Ryan Jones is determined to tick off one more box on his rugby CV as he approaches the twilight of his illustrious career.

The back-row forward has won three RBS 6 Nations Grand Slams, four league titles and the Anglo-Welsh Cup, as well as touring New Zealand with the Lions in 2005.

But Jones is still desperate to taste European success and has urged his Ospreys teammates to hit the ground running when they kick-off their Heineken Cup campaign against Benetton Treviso on Friday.

"We are really looking forward to this tournament and looking to really lay a marker down,” said the 31-year-old.

"That's a big one for me and it's something I believe we're capable of.

"For me it's the one big thing missing, one thing I haven't been fortunate in as part of my career.”

The Swansea-based region have been drawn in a daunting Pool 2, alongside former kings of Europe Leicester and Toulouse

They have never progressed beyond the quarterfinals and have lost a host of star players in recent seasons including Lions James Hook, Lee Byrne, Mike Phillips, Shane Williams and Tommy Bowe.

Jones admits life will be difficult in Pool 2 but he insists expectation is still high in the Ospreys camp.

"There's been a significant change that's been well-documented over the last 12 months, really.

"But from the players' point of view the expectation's still sky high.

"We're highly competitive. I certainly know I am and you always look forward to pitting yourself against the best teams in Europe.

"We've really got our work cut out, but I believe we're capable of doing it, but it's about getting out there and getting it done. You'll certainly know after the second round who's firing and who's not.

"You only realise where you are as a team when the final whistle goes. It's going to come down to key fixtures.

“We talked years ago about winning your home games and maybe getting a win away from home would be sufficient.

"But it's not like that now. You've got to win them all now really, which when you're away to Toulouse and Leicester becomes a very, very tough challenge."