Former Lion Donncha O'Callaghan has handed Munster a boost ahead of their Heineken Cup clash with Racing Metro. [more] 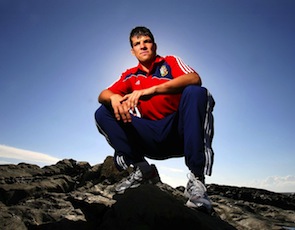 Former Lion Donncha O’Callaghan has handed Munster a boost ahead of their Heineken Cup clash with Racing Metro.

The second-row, who has toured New Zealand and South Africa with the Lions, suffered a hamstring injury in Munster’s loss to Leinster on Saturday.

But he is on course to make a full recovery in time for his side’s European opener at Stade de France.

“Donncha O'Callaghan, who was forced to retire (hamstring) in the course of the Leinster game, had a scan yesterday and indications are he will be in the squad for the Racing Metro game when it's announced later in the week,” read a Munster statement.

“Marcus Horan is also expected to be in contention for a place in the squad while a decision on Niall Ronan will be delayed until it is seen how he comes through training this week.