Priestland to give kicking woes the boot

Rhys Priestland admits his recent kicking woes have been frustrating but he is determined to put the boot to Clermont Auvergne. [more] 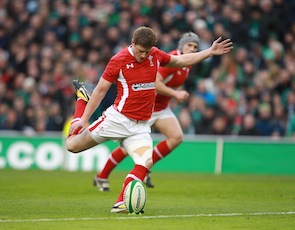 Rhys Priestland admits his recent kicking woes have been frustrating but he is determined to put the boot to Clermont Auvergne.

The Scarlets fly-half has miss-fired during the opening weeks of the season – with a woeful 14 per cent success rate in one match, against Glasgow.

But the Wales star knows he will need to be on target as the region get their Heineken Cup campaign underway at Stade Marcel Michelin on Saturday.

“The goal-kicking has been bitterly disappointing for me," said Priestland.

"It’s just my concentration in games goes and I don’t do the things I do in training.

“That’s what really bugs me – I don’t mind missing kicks if I’ve done everything I can do. I get frustrated after I kick the ball and I know I haven’t done what I’ve practiced all week.”

Priestland, who was relieved of Wales’ kicking duties during the Six Nations, was seen as a front-runner to earn a place on next year’s British Lions tour.

And while he insists his poor form with the boot does not affect his all round game, he has called on the expertise Wales kicking guru Neil Jenkins.

“I’ve seen Jenks a few times," added Priestland. "He’s always got good advice to give and I’ve been working on some things with him – hopefully I can show them on the field.

“But I don’t think it affects the rest of my game. Goal-kicking is a totally separate to the rest of the game.”

Clermont have not lost a European match in Montferrand since succumbing to Sale Sharks in 2008. Priestland expects a fierce challenge but insists the Llanelli-based outfit have developed a tough mental edge.