The 2013 British & Irish Lions will play a Combined NSW and Queensland Country team at Newcastle on Tuesday, 11 June - a return for the tourists to the venue at which a Lion first saw red. [more] 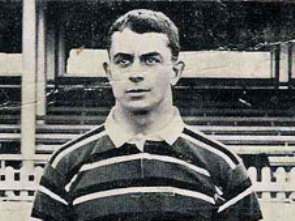 The 2013 British & Irish Lions will play a Combined NSW and Queensland Country team at Newcastle on Tuesday, 11 June – a return for the tourists to the venue at which a Lion first saw red.

The 1904 Lions were captained by Scottish forward David Bedell-Sivright and you would be hard pushed to find a harder man at the time, though some of the tales may have become somewhat embellished over the years.

Among them was that he was said to have become Scottish amateur heavyweight boxing champion in 1909; that after one international he rugby tackled a cart horse in Princes Street in Edinburgh, and that once he lay down on the tram tracks in the city and held up the traffic for an hour as no policeman would approach him.

Be that as it may, under Bedell-Sivright the Lions had arrived at Newcastle after five easy victories, including a 17-0 first Test triumph over Australia and two wins against the Waratahs.

Next up was Northern Districts, a team representing Newcastle and the Hunter Valley, with Pat “Nimmo” Walsh in their ranks just days after being part of the Wallaby team beaten in Sydney.

Walsh collided with Fred Jowett early on and the Welsh wing was forced off with concussion, an incident the Lions felt was no straight-forward accident. With no replacements allowed, the 14-man Lions battled on until local referee Hugh Dolan awarded the home side a free kick from a scrum.

The Sydney Sportsman reported that “the Britishers did not by any means like being penalised for their frequent recourse to a game at which they appear to be very apt, namely funny business in the scrums,” but Lions and England forward Denys Dobson was so perplexed by Dolan’s decision that he barked out “what the devil was that for?”

More words were exchanged between the pair before Dobson was sent off – and Bedell-Sivright took the remaining Lions off the field and into the changing room in protest.

It took 20 minutes for the now 13 Lions to resume a match that developed into “a very vigorous game, especially amongst the forwards”.

The Lions went on to win 17-3 and the last word has to go to the Sydney Sportsman report which stated “some of the scrums were very good places to be out of.”

For the record, only two Lions players have been sent-off the field in 28 tours. Cardiff and Wales prop John O’Shea was the last player to receive his marching orders for punching in 37-9 win over Eastern Transvaal at Springs in 1968.

Feature History
Previous story O’Connor out of autumn Tests
Next story Will Sharpe linger for Lions?