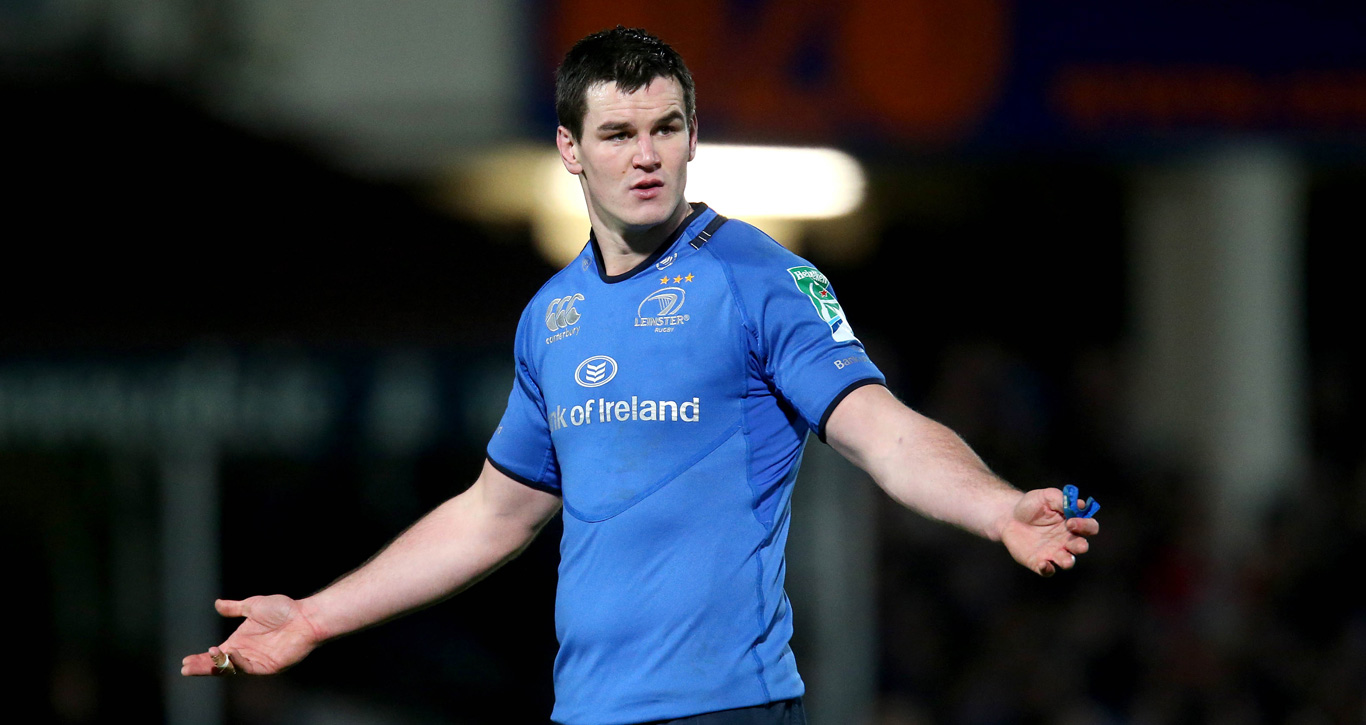 The Lions head Down Under next summer and the Leinster playmaker is the current favourite to wear the famous red No10 jersey in the three-match series with the Wallabies.

Sexton has been in superb form in the years that have followed the last Lions adventure in South Africa and he admits the thought of representing Britain and Ireland’s elite is already on his mind.

The 27-year-old even claims he’s trying hard not to focus on such a massive goal – something that is proving pretty difficult given the amount of tour talk in all four Home Nations.

“I think: ‘I’m thinking too much about it. I’ve got to just chill out,’” Sexton told the Irish Times when asked what he thought about the prospect of achieving the ultimate goal.

“I’ve never seen hype like it. I asked Brian (O’Driscoll) the other day: ‘was it like this four years ago and eight years ago?’

“And he said he’s never seen anything like it. I can’t watch anything without something coming up.”

And that’s with more than eight months before the Lions arrive in Hong Kong and then Australia!

Whether Sexton is struggling to keep the Lions out of his mind or not, you’d get long odds on him not making the plane to Australia.

A squad without Sexton would certainly be a major shock. He’s led Leinster to a brace of Heineken Cup crowns since the Lions returned home three years ago, having announced his arrival on the European scene with two fine showings in the latter stages of his province’s first continental triumph just days before the last lot of Lions met up at Pennyhill Park.

But if there is a chink in his armour it’s that critics say he hasn’t hit those same heights on the international scene. Ireland have struggled to succeed since their 2009 Grand Slam and Sexton has often been accused of being a better player when wearing blue rather than green.

It’s a criticism that Sexton disputes, although he does admit that his consistency with his country perhaps hasn’t been as impressive as it has been with his province.

“I’ve had some great days in the green jersey, unbelievable days,” added Sexton, who scored all 15 points in an historic Croke Park win over the Springboks in just his second Test appearance.

“I have been a bit down about Ireland, in terms of, as a 10, you can only control so much. You can control yourself and you try and control the team.

“Things have been going well with Leinster for years and that makes my job easier. It’s been different with Ireland.”