Matt Giteau has effectively given up any chance he had of facing the Lions next summer after re-signing with Toulon. [more] 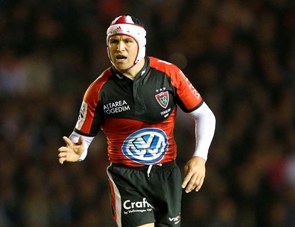 Matt Giteau has effectively given up any chance he had of facing the Lions next summer after re-signing with Toulon.

The veteran playmaker has agreed a new two-year extension with the Top 14 leaders after ruling out a return to Australia.

Giteau hasn’t played for his country since 2011 having being controversially left out of the World Cup squad.

He publicly criticised head coach Robbie Deans during the fall out and hasn’t added to his 92 international caps since moving to France in November last year.

But an unlikely recall suddenly seemed a possibility last week after it was revealed that Giteau attempted to offer an olive branch to Deans ahead of Australia’s four-match tour of Europe.

A Wallaby spokesperson confirmed that the pair had exchanged pleasantries via a series of emails in which Giteau reportedly offered his services should the injury-hit Wallabies require them against France, England, Italy and Wales.

And while it would have been a huge shock if Giteau had been included in the Wallaby touring party named on Thursday, his decision to stay in France makes it highly likely that he has worn the green and gold for the final time.

The 30-year-old’s initial contract runs out at the end of this season, meaning a spot against the Lions could have just about been within his reach had he agreed to return to Australia.

''The intention is just to refresh myself,'' Giteau said after announcing the transfer in February of 2011.

''You do need a break. You can get caught in the same routine year after year.

''It's to get away from the same old routines which you can get caught up in. If I'm still playing some great football, I'd love to come back to the Brumbies.''

Giteau has obviously since had a change of heart and, while he hasn’t dismissed a return to the Super XV at a later date, he definitely won’t be back in time to force his way into the Wallaby picture when the Lions arrive Down Under.