With all four Home Nations now having named their squads for the autumn internationals, we're wondering which of the new faces can make an impression in time to feature for the Lions. [more] 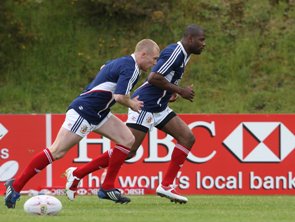 With all four Home Nations now having named their squads for the autumn internationals, we’re wondering which of the new faces can make an impression in time to feature for the Lions.

England, Ireland, Scotland and Wales have picked a total of 15 uncapped players between them as they prepare to face the giants of the southern hemisphere in November and December.

And while these men may not have any Test experience under their belt just yet, it would be a surprise if we didn’t see some of them pushing particularly hard for a Lions spot come spring of next year.

Will Greenwood’s status as the last player to tour with the Lions before representing his country is unlikely to be under threat but recent history tells us that newcomers in the autumn squads shouldn’t be dismissed when it comes to the ultimate honour.

A handful of 2009 Lions tourists only made their national bows in the autumn before Britain and Ireland’s elite headed to South Africa, and three of those would win Test caps for the Sir Ian McGeechan’s men just seven months after experiencing the same sensation for their countries.

Welshmen Leigh Halfpenny and Andy Powell, England’s Ugo Monye and Riki Flutey and Ireland’s Keith Earls were all unheralded on the big scene prior to November 2008 but McGeechan saw that as no reason not to pick them for the following summer’s 10-match adventure.

Munster utility back Earls scored with his first touch of the ball on his Ireland debut against Canada at Thomond Park, while Powell picked up the man of the match award on his opening appearance in Wales’ win over the Boks that same month.

Halfpenny got his first taste of international rugby in the same game as Powell and Monye and Flutey began their claims for a Lions spot when they were picked together for England’s win over the Pacific Islanders at Twickenham.

Even the likes of Tom Croft and Jamie Roberts had only been chosen to start for their countries for the first time in the 2008 Six Nations, while Tomas O’Leary, who was an original Lions selection before injury robbed him of a place on the plane, hadn’t made a Test start for Ireland until they took on the All Blacks in the autumn.

So who are the new men in line hoping for a similar fate this time around?

It’s the Scots who lead the way as far as potential debutants are concerned, with Andy Robinson picking seven new caps in his squad for their training camp at St Andrews and their upcoming Tests with New Zealand, South Africa and Tonga.

Stuart McInally, Alex Dunbar, Peter Horne, Peter Murchie, Tommy Seymour, Henry Pyrgos and Grant Gilchrist have all been handed an opportunity to impress, with McInally and Horne perhaps the most likely to be involved against the All Blacks on November 10.

Of that quartet, Strauss looks the most likely to be involved in the shake up for the Lions having regularly impressed in his province’s takeover of the European club scene since joining from his native South Africa in 2009.

Strauss played against the Lions for the Cheetahs three years ago and will now hope to follow Flutey in wearing the famous red jersey a tour after competing against it.

England have named two uncapped front rowers in their 32-man squad that starts training at the Football Association’s new development centre St George’s Park on Sunday, with Saracens prop Mako Vunipola and Leicester hooker Tom Youngs those looking to get game time in their series opener with Fiji.

As for Wales, caretaker coach Rob Howley named just one possible debutant in his initial squad in Ospreys prop Aaron Jarvis but Samson Lee has since joined him to provide injury cover for Lions Test tight head Adam Jones.

It’d be a miss to say that each and everyone of those 15 new names stands out as a likely Lion, but we would have been saying the same prior to 2009.

And while it’s likely to be the minority rather than the majority that give Lions coach Warren Gatland a selection headache after the Six Nations, history shows that it pays to expect the unexpected at least once in a while.