George North insists the Welsh regions' poor start in Europe will not have a negative effect on the national team. [more] 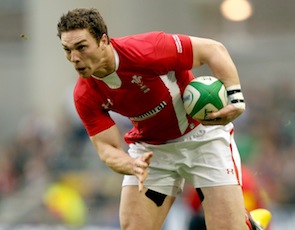 George North insists the Welsh regions’ poor start in Europe will not have a negative effect on the national team.

Rob Howley’s 35-man squad for the autumn internationals jet to Poland this weekend, to partake in another of their infamous boot camps in Spala.

They travel to Eastern Europe on the back of a disappointing two weeks in the Heineken and Amlin Challenge Cups with Cardiff Blues, Newport Gwent Dragons, the Ospreys and Scarlets registering just one win from eight matches.

North admits it will be a relief to enter the international environment and he insists there will be no lasting damage ahead of the Millennium Stadium encounters with Argentina, Samoa, New Zealand and Australia.

“I’m sure it’s at the back of everybody’s mind,” said North.

“Obviously you want to come into a tough home series with some good form from the regions, but I don’t think we should dwell on that too much with the tough time we have got coming up.

“I guess joining up with Wales is a bit of a relief because we have had a hard time at the Scarlets recently, with some tough fixtures and tough results.

“But we have had the Grand Slam with Wales, which is good for all the boys. It will be easy to pick things up again.”

Wales finish their autumn campaign with back-to-back clashes with New Zealand and Australia, the number one and two ranked teams in the world.

The Six Nations champions have failed to beat one of the southern hemisphere giants in their last 14 attempts but North reckons Wales can claim a long-awaited scalp if they master the good, the bad and the ugly of rugby.

“Every team has got its negative points where you can beat them,” added the giant wing.

“All teams have good and bad games but it seems New Zealand, and the likes of South Africa and Australia, know how to win, whether it be dirty, good or by grinding it out.

“We have to be on our wits the whole way through against them."