England head coach Stuart Lancaster has been dealt a number of injury blows ahead of the autumn internationals but captain Chris Robshaw is playing down the significance of his huge black eye. [more] 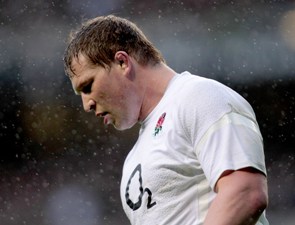 England head coach Stuart Lancaster has been dealt a number of injury blows ahead of the autumn internationals but captain Chris Robshaw is playing down the significance of his huge black eye.

Lancaster’s troops face Fiji, Australia, South Africa and New Zealand at Twickenham in November and December after finishing second in the Six Nations and drawing the third Test with the Springboks during the summer.

But their hopes of building on a promising first season under Lancaster’s stewardship have been hit by the potential absence of a number of key men.

Dylan Hartley, Courtney Lawes and Jamie Joseph all picked up injuries this weekend, while Ben Youngs was withdrawn before kick off with a tight hamstring as Leicester lost to Gloucester.

Hooker Hartley and lock Lawes were both casualties in Northampton’s defeat to Saracens, with the former now a major doubt for the entire series.

Both men are awaiting official confirmation of the damage to their knees but Saints boss Jim Mallinder admitted that neither forward would have left the field had they just been carrying knocks.

It is feared that Hartley suffered ‘significant’ damage after being tackled by England team-mate Chris Ashton and, although the players still require the results of scans, Lancaster has called up David Paice of London Irish and George Robson of Harlequins as cover.

Elsewhere in the Aviva Premiership, Joseph was taken off in the closing stages of the 31-28 reverse to Harlequins on Sunday and was subsequently seen having his ankle heavily strapped, while Youngs withdrew from his team’s line up prior to kick off on Saturday at Kingsholm.

“He (Joseph) tried to soldier on but we didn’t want to take any risks as he is in Stuart’s plans,” said London Irish director of rugby Brian Smith, who was delighted to hear of Paice’s addition to the England camp.

“We made a bigger-picture decision to look after his ankle. We don’t know the extent of the damage but it can’t have been too bad as he walked off.

“It’s a well deserved call-up for David. He will bring a quality set-piece game and Stuart is lucky to have him. He’s not a young player so he won’t choke under pressure. His opportunity is long overdue.

“My understanding is that Dylan has a significant injury and England anticipate David being with them for the whole series.”

One injury victim who is convinced he won’t miss any game time, however, is skipper Robshaw.

The 26-year-old was caught with an accidental stray boot after being tackled by Joseph at the Madejski Stadium and his left eye closed almost completely as he watched the remainder of the match.

The in-form flanker required stitches following the incident but he is refusing to be downbeat about the setback.

"It’s fine, it’s just a bit of bruising, the sight is starting to come back," said Robshaw, who wasn’t concussed and is determined to be fit to feature against Fiji.