England are sweating on the fitness of Northampton Saints duo Courtney Lawes and Dylan Hartley. [more] 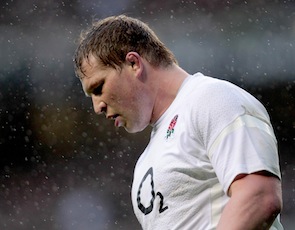 England are sweating on the fitness of Northampton Saints duo Courtney Lawes and Dylan Hartley.

The Saints stalwarts picked up injuries in Saturday’s Premiership defeat at the hands of Harlequins and underwent scans last night.
They are both already doubtful for the opening autumn clash with Fiji and the results will be revealed tonight.

"Courtney Lawes and Dylan Hartley of Northampton Saints will this evening (Monday) have scans on knee injuries and a further update on their progress will be given at Stuart Lancaster's 5pm briefing tomorrow,” read a RFU statement.

Harlequins lock George Robson was last night added to the squad as a precaution, while London Irish hooker David Paice is providing cover for Hartley.

The Northampton stars have both been tipped for a place in Warren Gatland’s Lions tour to Australia next June and will be desperate to lay down a marker in the autumn Tests.

It just the latest in a long line of injuries for Lawes, who struggled with a different knee injury for large parts of last season.