We can officially unveil the new Lions shirt for the 2013 tour to Australia. [more] 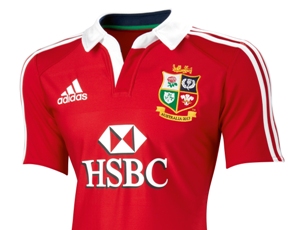 We can officially unveil the new Lions shirt for the 2013 tour to Australia.

The new shirt will be available to purchase from December 1.

The shirt for the Lions’ 125th anniversary tour features an enlarged crest similar to the crest on the original Lions jerseys and an increase of 120 per cent from the last adventure in 2009.

There is a return to the traditional collar in a link to the 1997 tour of South Africa – the last tour in which the Lions secured a series victory.

A tonal hoop design is another link back to the jersey worn by the first two sets of Lions tourists in 1888 and 1891 but the hoops will also offer better breathability to the players and will help them keep cool.

The fabric is clima lite making it the lightest Lions jersey of all time and the style is Formotion Fit, designed to fit closer to the body and assist the body’s natural movements.

The Lions head Down Under next summer looking to avenge a heartbreaking series defeat the last time they were in Australia.

Graham Henry’s men were beaten 2-1 after recording a stunning first Test victory in Brisbane back in 2001 and the class of 2013 will want to make amends for the way the Wallabies fought back in Melbourne and Sydney.

The Lions play 10 games in total, with nine in Australia and one in Hong Kong.

The tour begins with an historic meeting with the Barbarians in Hong Kong on June 1 and also features games against all five Australian Super 15 franchises.