The Wallabies have had more than their fair share of injury woes this year, but now it seems it is the turn of the British & Irish Lions to sweat on the fitness of a number of key candidates. [more] 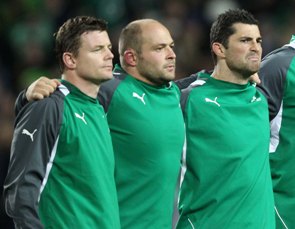 The Wallabies have had more than their fair share of injury woes this year, but now it seems it is the turn of the British & Irish Lions to sweat on the fitness of a number of key candidates.

Ireland’s blockbusting back row man Sean O’Brien and English flanker Tom Croft are still both waiting to launch their seasons, although they were always going to be long-term projects.

But October was particularly cruel to the Irish, with Rob Kearney, Brian O’Driscoll and Rory Best being counted out of the November series of internationals with back, ankle and neck problems.

They followed Wales prop Adam Jones onto the sidelines – he is likely to be out until Christmas with knee worries – and England have serious concerns about their Northampton Saints double act, Dylan Hartley and Courtney Lawes, having already seen Ben Foden ruled out for almost three months.

Throw in Dan Lydiate’s substantial setback and you have a long list of potential tourists sitting in the stands rather than taking part out on the pitch this autumn.

“Injuries are part of the game – you never know when they are going to hit you and you just have to accept them. They come with the territory,” said a philosophical British & Irish Lions tour manager, Andy Irvine.

“What they can do is offer opportunities to younger players to seize their chance and, with some of the older players, they can provide a break from playing. That isn’t always a bad thing in a season like this because it can mean they get a rest and are fresher for the tour.

“I have always believed that form is temporary and class is permanent in rugby. So, providing re-hab goes well, and players return to peak fitness, there should be no problem in getting them back into contention for Lions places.”

The Wallabies had a full team out injured and were without three captains during their Rugby Championship campaign but how about this for a Lions side made up of current injured stars?