It is Remembrance Sunday this weekend and we wanted fans of the British & Irish Lions to consider in their thoughts the 14 players who toured with the Lions and lost their lives in the two Great Wars. [more] 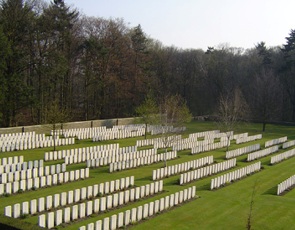 It is Remembrance Sunday this weekend and we wanted fans of the British & Irish Lions to consider in their thoughts the 14 players who toured with the Lions and lost their lives in the two Great Wars.

There were 185 capped rugby internationals who died on active service in World War 1 and World War 2. No country was exempt from loss and some of the game’s greatest players paid the ultimate price for serving their country.

The Lions lost 11 players in WW1 and a further 3 in WW2. The first to lose his life was Sidney Crowther, the Lennox forward who toured New Zealand and Australia in 1904. He died within three months of the conflict starting in Europe in WW1.

Crowther played in four Tests and 18 matches in all on the 1904 tour. He joined the 2nd Signal Troop of the Royal Engineers and died at Flanders, Belgium, on 18 October, 1914, aged 39.

Three of his team mates on that tour, Blair Swannell, Ron Rogers and the captain, David Bedell-Sivright, also lost their lives. Swannell, who played 32 times for the Lions on two tours, including seven Tests, went on to play for Australia.

He joined the 1st Battalion of the Australian Imperial Force and rose to the rank of Major. He died leading his men into action at Anzac Cove at Gallipoli. Bedell-Sivright also died at Gallipoli on 5 September, 1915. A surgeon in the Royal Navy, he contracted septicaemia and was buried at sea.

The earliest tourist to lose his life was England international Alex Todd. He had played 19 games, including all four Tests, on the 1896 tour to South Africa. He died on the Western front in France.

He was killed in action at Ypres, while Wales wing Johnnie Williams, who toured in 1908, died at Mametz Wood serving in the 38th (Welsh) Infantry Division. Other Lions tourists to perish in France were Scottish international Eric Milroy, a scrum-half on the 1910 tour to South Africa, and Welshmen Phil Waller and Noel Humphreys.

Both Waller and Humphreys had joined Milroy on the 1910 tour to South Africa, the Welsh-born Humphreys as an uncapped teenager from the Tynedale club. Although born in Bath, Waller was brought up in Carmarthen and played for Newport. He played three times against the 1908 Wallabies, for Somerset, Newport and Wales in his debut Test, and was still a teenager when he made his international bow.

Waller helped Wales to win the 1909 Grand Slam and ended with a perfect six wins from six Test outings. He then became one of seven Newport players who toured South Africa and he played in 23 of the 24 matches, including all three Tests.

He remained in South Africa after the tour, living in Johannesburg and playing for the Wanderers club. At the outbreak of war he enlisted in the South African Artillery. He served in WW1 in the 71st (Transvaal) Siege Battery, South African Heavy Artillery, and rose to rank of 2nd Lieutenant. He was killed by shellfire at Arras, on the Somme, on 14 December, 1917, aged 28 and is buried at Red Cross Corner, near Arras.

Humphreys became a Captain in the Tank Corps (10th Battalion) and was Mentioned in Despatches. He was also awarded the Military Cross. The citation read: "For conspicuous gallantry and devotion to duty. His tank becoming stranded, he commenced to dig it out, and though wounded, he completed his task and continued in action the whole day, finally bringing his tank out of action to the rallying point.”

The final player lost in WW1 was Charlie Adamson. A Captain (Quartermaster) in the 6th Battalion of the Royal Scots Fusiliers, he never played for England, but played in all four Tests against Australia on the 1899 tour. A talented cricketer, he played for Durham against the 1912 Australian tourists and also the 1907 South Africans. He died at Salonica, Greece, two months before the war ended.

The death toll in WW2 was not as high as far as the Lions were concerned but a trio of heroes still lost their lives. England internationals Brian Black and Henry Rew, who were tourists together on the 1930 trip to New Zealand and Australia, were both killed in 1940 – Black in a flying incident over Wiltshire and Rew at El Alamein.

Oxford University lock Black was a talented all-round sportsman and was half of the British two-man bobsleigh team that won a gold medal at the 1937 World Championship in Cortina and then went on to clinch a four-man gold in St Mortiz.

Irish rugby and cricket international Bob Alexander was the last of the Lions to fall, while serving as a Captain in the Royal Inniskilling Fusiliers in Sicily in 1943. He had toured South Africa in 1938 and been one of the stars of the tour, scoring a record six tries for a forward, including a vital score in the triumphant third Test victory over the Springboks.

Ordered to lead an Allied offensive across the Simento River in Sicily, he admitted to a colleague: “It’s suicide.” His Commanding Officer said in a letter to his brother after his death, “I cannot put on paper what a loss he has been to the regiment as the finest type of officer and leader, and to us as a friend.”

Another war time casualty during WW2 was the Scottish rugby international Roy Kinnear. He was selected for the 1924 tour to South Africa without ever having played in a Scottish trial.

He had been the leading try scorer for the Heriot’s FP club side in 1924 and the Lions picked him on club form. He was the only three-quarter to appear in all three Tests against the Springboks and returned from the tour to win his first Scottish cap in the Championship winning side in 1926.

He joined Wigan RL club in 1927 and went on to score 81 tries in for them, winning a Challenge Cup winners medal in the first final played to be played at Wembley in 1929. He also played for the Great Britain team against Australia in Hull in October, 1929.

He was a Corporal in the RAF in WW2 and he collapsed and died during a Services match at Uxbridge on 22 September, 1942, at the age of 38.

Many other Lions served their country with great distinction in the two world wars and, thankfully, lived to tell the tale.

* Roy Kinnear, who toured South Africa in 1924, playing 10 matches and in all four Tests, collapsed and died during a Services rugby match on 22 September, 1942 while serving in the RAF. He was 38.