Wales started their autumn campaign in frustrating fashion as they lost out to Argentina at the Millennium Stadium. [more] 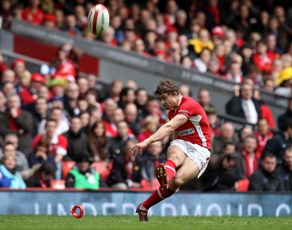 Wales started their autumn campaign in frustrating fashion as they lost out to Argentina at the Millennium Stadium.

The Grand Slam winners headed into their four-match series with the Pumas, Samoa, New Zealand and Australia with high hopes but they fell short with a surprise 26-12 defeat in Cardiff.

Wales led 9-6 at the end of a hard-fought first period but two tries in the space of five second-half minutes handed Argentina a famous success on the anniversary of their first win over the Welsh 11 years ago to the day.

Wings Juan Imhoff and Gonzalo Camacho did the damage on 55 and 60 minutes respectively, with Juan Manuel Leguizamon and Juan Martin Fernandez Lobbe to the fore as the Pumas took a previously close game by the scruff of the neck.

Fly-half Nicola Sanchez, making just his second Test start, added 13 points with the boot, including a brace of drop goals, and Felipe Contepomi slotted an early penalty before stretchered off with a nasty knee problem.

And if defeat in itself wasn’t a big enough blow for Wales, the loss of Lions duo Jamie Roberts and Alun Wyn Jones added injury to insult.

Roberts came off midway through the opening period after receiving a heavy knock to the head in a tackle on Gonzalo Tiesi, while Jones followed before the break with what appeared to be an arm or shoulder injury.

Interim coach Rob Howley now faces an anxious wait for an update on the pair’s chances of being involved in next Friday’s clash with the Samoans and the mouthwatering matches against the All Blacks and Wallabies on November 24 and December 1.

But regardless of whether Roberts and Jones are available next week and beyond, Wales will have to be far better than they were today to trouble the reigning World Champions and the Lions’ next opponents.

Wales could only manage four Leigh Halfpenny penalties against a side who appeared to have benefitted hugely from their debut Rugby Championship campaign and Howley will have been disappointed with their failure to create enough clear-cut scoring chances for their much-talked about backline.