England have been left counting the cost of Australia's heavy defeat to France after falling out of the world's top four. [more] 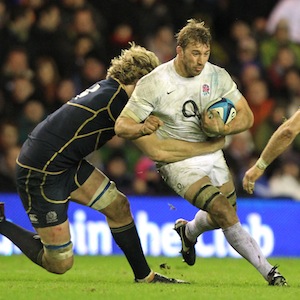 England have been left counting the cost of Australia’s heavy defeat to France after falling out of the world’s top four.

Les Bleus 33-6 victory not only ended a five-match losing streak against the Wallabies but saw them leapfrog England into fourth.

The defeat also saw Robbie Deans’ men drop to third in the world’s elite with South Africa climbing to second courtesy of their victory over Ireland.

Wales remain fifth, despite losing to Argentina, with the Pumas moving up to seventh.

The men from the Emerald Isle slipped to eighth following their loss and face a battle to stay in the second tier of nations.

They are just one place above Scotland and Declan Kidney admits their November 24th clash with Argentina will be crucial.

"We are there again, aren't we? It will be a World Cup qualifier in lots of ways," said Kidney.

On December 3, the rankings will determine the seedings for the 12 directly qualified teams for England 2015. The teams ranked one to four will be kept apart at the pool stage, which makes the battle for a top-four spot especially relevant.

With plenty more international action coming up over the coming weeks, there will be ample opportunity for teams to make improvements on the IRB World Rankings table.

France hosts Argentina in Paris on Saturday while England welcomes Australia to Twickenham on the same day.

If the draw happened today (November 12) the three bands would be as follows:

The eight qualifying places will be allocated into the other two bands as follows: