Wales have been left sweating on the fitness of Lions duo Jamie Roberts and Alun Wyn Jones. [more] 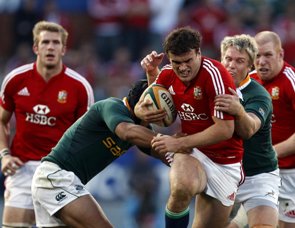 Wales have been left sweating on the fitness of Lions duo Jamie Roberts and Alun Wyn Jones.

The Grand Slam champions crashed to a shock defeat at the hands of Argentina at the Millennium Stadium on Saturday.

And they have been left counting the cost of the defeat with concerns over 2009 tourists Roberts and Jones, who both left the field with injuries.

Roberts, the Lions’ Man of the Series in South Africa, was knocked out against the Pumas and suffered mild concussion but Wales hope he will be fit to face Samoa on Friday night.

"Jamie Roberts is vital for us as the defensive captain and we missed him at the weekend,” said Wales defence coach Shaun Edwards.

"We will have to be guided by the medical staff but everyone is hoping he is going to be right for Friday.

"If he isn't then someone is going to have to step up and fill those boots – which are big boots to fill."

Meanwhile Jones suffered a shoulder injury and Wales are awaiting the results of scans earlier today to determine the extent of damage to his AC joint.

"Senior players have to drive it from here though we are missing a few right now,” added Edwards.

"Samoa are a big and powerful side with some physical players but we have to think about ourselves and get our own game in order."