Lions head coach Warren Gatland will be keeping a close eye on potential Lions tourists and opponents when he heads to Twickenham this Saturday. [more] 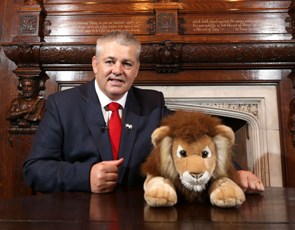 Lions head coach Warren Gatland will be keeping a close eye on potential Lions tourists and opponents when he heads to Twickenham this Saturday.

England versus Australia is always an eagerly-anticipated encounter but the latest instalment carries even greater excitement given the prospect of what lies ahead in June and July of next year.

Gatland will hope to see a number of English contenders press their claims for a Lions spot in 2013 but he should also learn a lot more about the men who stand in the way of series success next summer.

While Chris Robshaw, Manu Tuilagi, Danny Care and co will hope to send out a ‘come and get me coach’ message to Gatland, the likes of Kurtley Beale, Adam Ashley-Cooper and Michael Hooper will be keen to remind him of exactly how tough a test lies ahead despite the Wallabies’ defeat to France last weekend.

Gatland caught the Wallabies’ Paris frustrations on TV but he was in the stands at the Aviva Stadium and Murrayfield as Ireland and Scotland faced South Africa and New Zealand respectively in week one of the autumn fixtures.

And with a host of stalwarts from the Home Nations, including Paul O’Connell, Brian O’Driscoll, Ben Foden, Dan Lydiate and Alun Wyn Jones, ruled out of the international action, Gatland insists it’s an opportunity for others to shine.

“I have a really open mind and it’s just about seeing who impresses and puts a marker down,” said Gatland.

“Ireland have been quite severely hit with injuries, particularly to experienced players like Rory Best, Paul O’Connell and Brian O’Driscoll.

“But it’s also an opportunity for some youngsters to step up on the big stage against some of the top teams in the world.

“If someone plays well you have to take notice of that. You follow them closely and if they play well the following week and so on then they will really put themselves in contention. That’s vey prevalent for the young players.”

And it’s not just the new breed of potential Lions that Gatland is hoping will impress in November and December.

Experience always plays an important role on a Lions adventure and the Kiwi coach is confident that a number of big names will rediscover their best form against the global greats.

“For the experienced players, the Lions who went on the last tour, it’s an opportunity to get form back and shine,” said Gatland.

“You’re taking players out of their club or provincial scene and into an international side. Their form might not quite be at the level they would like at their clubs or provinces but they have a chance to shine in a different environment.”

If you fancy watching all the action this autumn, here's a reminder of the major internationals taking place: