Ex Tiger to face the Lions

Daryl Gibson has become the latest coach with British or Irish experience set to face the Lions next summer. [more] 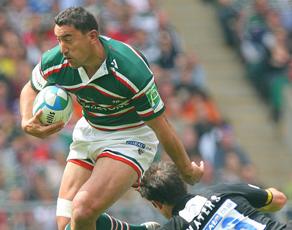 Daryl Gibson has become the latest coach with British or Irish experience set to face the Lions next summer.

Former Leicester centre Gibson is joining the Waratahs coaching staff for the start of the 2013 Super Rugby season and will be in the Sydney-based side’s camp for the June 15 clash with the world’s most famous touring team.

The 18-times capped All Black star will link up with former Leinster boss Michael Cheika and ex-Ireland, Saracens, Leinster and Munster coach Alan Gaffney at the Waratahs.

His appointment means the Lions will come up against a growing number of coaches who know them particularly well, with Michael Foley and Steve Meehan at the Force, Richard Graham at the Reds, John Muggleton of the Rebels, Laurie Fisher of the Brumbies and Wallabies assistant Tony McGahan all looking to plot their downfall in 2013.

"I was attracted to the role by Michael Cheika's vision for the team. His passion and commitment to turning the Waratahs into a winning team made it an easy choice," said Gibson.

"Cheika and Alan Gaffney have a wealth of rugby experience and I'm sure I’m going to learn plenty from them and also add in my way to the coaching staff.

"The Waratahs underperformed last season and I know from Michael that the players are working very hard at the moment so they can earn the respect of fans and become a team that the people of New South Wales will be proud of and want to come and see."

Gibson joins from the Canterbury-based Crusaders, a side he helped reach the 2011 Super Rugby Final as assistant to Todd Blackadder.

He previously enjoyed four years with Leicester at Welford Road after joining from fellow English outfit Bristol in 2003 and he then spent a season in Scotland with Glasgow Warriors before heading home to his native New Zealand.

"Daryl is the guy who most fitted the vision we have for the team and NSW Rugby. To enact the change we want to make here, we need to change everything," said Cheika.

"I wanted someone fresh. Someone that guys here haven't had much to do with or been coached by. We need to change the voices, change the approach.

"He has great experience of Super Rugby and in that sense his experience is a good complement for mine and Alan's."