Power and kicking prowess the key

Stuart Lancaster has favoured physicality and kicking prowess in ringing the changes for England's clash with South Africa at Twickenham. [more] 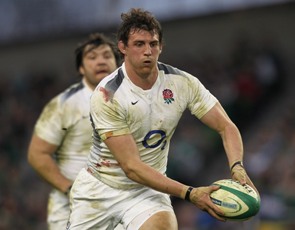 Stuart Lancaster has favoured physicality and kicking prowess in ringing the changes for England’s clash with South Africa at Twickenham.

Head coach Lancaster has reacted to the defeat to Australia by swapping six of his starting side for the penultimate QBE autumn Test.

Loose-head prop Alex Corbisiero taking over from Joe Marler is the only injury-enforced alteration as Lancaster makes a total of four changes to his forward pack and two more to his backline.

Wasps youngster Joe Launchbury earns his first start in the second row in place of club colleague Tom Palmer having featured as a replacement against Fiji and Australia after being called up as a late addition to the wider Elite Player Squad.

Tom Wood is preferred to Tom Johnson at blindside flanker and Ben Morgan is named at No8 ahead of James Haskell after Thomas Waldrom was released back to his club earlier in the week.

Ben Youngs is given a chance to impress at scrum-half in place of Danny Care in a surprise switch, while Harlequins full back Mike Brown is picked out of position on the left wing.

“We always wanted to freshen the side up going into this game and we wanted to pick a side that reflected the physicality and the nature of the game the South Africans play,” said Lancaster, who also promotes Mo Botha, Haskell and Jonathan Joseph to the replacements’ bench.

“It was great for Alex to get game time in the LV= Cup last weekend. Joe Marler is obviously injured but Alex was going to be pushing hard anyway.

“Joe Launchbury gets his first start, which is a reflection of his performances off the bench and also the performances he put in for Wasps prior to the autumn internationals starting. He’s really impressed in training and I’m sure he’s ready for his opportunity.

“Ben and Tom have been chomping at the bit and waiting for their opportunity patiently. Ben went back (to Gloucester) and got a hat trick at the weekend and Tom impressed from the bench so we feel it’s right to give them a start to match the South Africans’ physicality in that area.

“We’ve gone for the Leicester halfback pairing – again, a tight call at nine. We’re very fortunate to have two high-quality nines and we want Ben to take this opportunity. He’s got a great kicking game and his partnership with Toby will be crucial, but I’m sure Danny will come on and make a difference off the bench.

“On the left wing, Mike Brown gets his opportunity, which again is a reflection of the kicking game we need to have. We need a good kicking game against South Africa and we need to play in the right areas of the field. Mike’s left boot, and all that he brings to the game, will be a real advantage for us.

“He’s great under the high ball, he’s a good defender and he’s a great broken field runner. He’s had a couple of goes playing on the wing in previous games and I don’t think there will be any problem with him playing there.

“Mo Botha comes on to the bench with the added physicality he brings and then James Haskell’s in a similar vein. He’s been waiting patiently for his opportunity, training hard and he’s fully up to speed with the game plan and the systems now having come back from his southern hemisphere opportunities.”