Who now for Scotland?

Scotland will go into the 2013 RBS 6 Nations with a new head coach following the resignation of Andy Robinson in the wake of the defeat to Tonga in Aberdeen. [more] 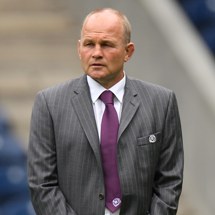 Scotland will go into the 2013 RBS 6 Nations with a new head coach following the resignation of Andy Robinson in the wake of the defeat to Tonga in Aberdeen.

The 21-15 reverse against the south sea islanders left Robinson angry and frustrated. It was the third successive defeat of the autumn for his side following their all-conquering summer

“The performance was totally unacceptable and I’m very angry," admitted Robinson straight after the final whistle. “I’d like to apologise to the fans who turned up here to watch us.

“There will be consequences as a result of today.  We’re going to look at everything and the performance reflects on me as a coach.”

“Following the sequence of recent results during the EMC Autumn Tests a change in Head Coach is required to take the team forward and build towards the Rugby World Cup in 2015,” admitted Dodson.

“Andy has overseen some fine results as Scotland Head Coach since he was appointed in June 2009, but the recent defeats have been very disappointing. Andy is an outstanding leader and a fine coach and we wish him well.”

Scott Johnson, who has experience of coaching at Test level with Wales, Australia and the USA, and Sean Lineen, the former Scottish international centre and Glasgow Warriors head coach, were in Robinson’s back room team and will no doubt be among the early candidates to take over.

As for Robinson, he was keen to thank everyone for their support over his time in Scotland and believes the side is stronger now than when he first got involved.

“It’s been a privilege to be the Head Coach of Scotland and I’d like to thank the fans, players, coaches and staff for all their support over the years. I have thoroughly enjoyed working with the players and the coaches in the last few years,” he said.

“I believe I have left the team in a better position than when I took over and have great confidence in the players and the coaches for the future. I am very disappointed by our recent results but I have belief in the players to develop into a winning team.”