Wales wing Alex Cuthbert says Saturday's latest defeat to Australia was worse than the three his side suffered to the same opposition in the summer. [more] 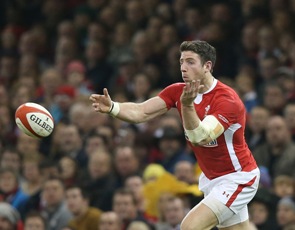 Wales wing Alex Cuthbert says Saturday’s latest defeat to Australia was worse than the three his side suffered to the same opposition in the summer.

A last-gasp try from Kurtley Beale robbed the Welsh of a first victory over the Aussies in a 13-month spell that has seen the two sides meet six times in Auckland, Brisbane, Melbourne, Sydney and Cardiff (twice).

Wales tasted heartbreak in June when they were whitewashed in the three-match series Down Under despite scoring just 11 points less than their hosts.

But despite the Welsh camp admitting that the agonizing nature of the 20-19 reverse at Allianz Stadium and the 25-23 loss at the Eitihad Stadium really hit them for six, Cuthbert insists this particular setback is even harder to take.

"It’s definitely the worst I have felt after a game. I felt bad after the second Test in Melbourne in June, when we lost to the last kick of the game, but this is a kick in the teeth even more," said Cuthbert.

"It’s gutting. We put so much effort into that game, so to come away with a loss in the last minute is pretty heartbreaking.

"We felt comfortable throughout the whole 80 minutes. We went in front, but it all got a bit loose in the final minute, they ended up finding a mismatch and they scored in the corner.

"I thought we deserved the win. We played the rugby. They’d only made one other break during the match. Our discipline let us down once or twice and we conceded penalties, but we got in front.

"It’s just so frustrating. We’ve got the physicality and calibre of players to compete with the world's best, I think it is just that mental edge, maybe, and that little bit of luck."

Cuthbert will hope to gain revenge on the Wallabies when the Lions head south next summer, as will team-mate Jonathan Davies.

Davies missed the defeats to Argentina and Samoa last month but impressed against both the All Blacks and the Wallabies.

Next on the agenda is the 2013 Six Nations – a springboard to Lions selection and a time when Davies knows the reigning champions will have to put their disappointment behind them and step up to the mark once again.

“The boys have stuck together, and I am very confident we can bounce back," said Davies.

“It has been a difficult couple of weeks, but the second half last week (against New Zealand) and the performance against Australia does show we are a quality team.

“We came just short in terms of getting the result, but we can take the feeling and use it in a positive manner for the Six Nations.

“It is a big couple of months. We will go back to our regions now, work hard and make sure we are ready for the Six Nations.

"We are defending champions and that is the way we must think. We’ve got to have some confidence about us and not be down on ourselves.

"There are a group of us now that will probably have to step up and be more senior when ‘Gats’ is away and take on a bit more responsibility. We’ve all got to step up to the plate."