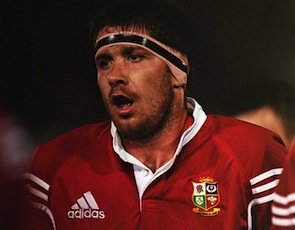 The 36-year-old lock, who made five appearances for the Lions in 2001, joined the Top 14 minnows in the summer, having previously enjoyed stints at Montauban and Castres.

Murray succeeds Marc Dantin, who will take up a new position at the club following a string of poor results.

“After a first half of the season results do not conform to the ambitions of the club,” read a statement released by Mont-de-Marsan.

“The Board of Directors of Rugby Stade Montois and its President, Jean Robert CAZEAUX, have decided to reorganize the coaching staff and have asked Marc Dantin to withdraw from his position while staying at the club in a new role.

“In accordance with all players and staff, it has been proposed that Scott Murray takes over the forwards.”