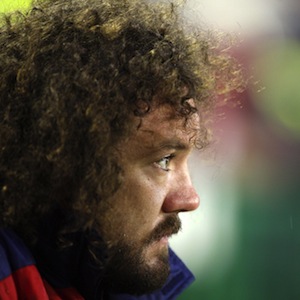 The 2009 Lions tourist has been sidelined for two months after injuring his knee against Leicester Tigers in the Heineken Cup.

Jones subsequently missed Wales’ entire autumn campaign but will make his regional comeback from the bench against Toulouse.

The news is a major boost to Wales, who have been hit by a string of injuries ahead of the Six Nations.

It also enhances the triple Grand Slammer’s chances of claiming a place on a second Lions tour.

“We’d like to give him a bit of time because Toulouse have a big 23-man squad and you want to use every resource you have, and Adam is obviously a valuable resource.

“But it had to be right medically and for him in terms of managing his season. We are certainly not going to be reckless with Adam.”

Richard Hibbard also makes his return and starts in the front-row at the Liberty Stadium.

The hooker has been sidelined since injuring his shoulder against Samoa but has made a remarkable recovery.

“It was a minimum of six weeks, six to ten weeks,” added Rees.

“But he seems to have a durable body and he is mentally tough as well in these situations.

“But he’s also done his rehab really professionally. He’s been at home doing the appropriate work in terms of icing at the right times.

“He’s rested up well and avoided trying to do too much. He’s been diligent and deserves credit for what he’s done.”