Lions legend Gareth Edwards believes both Sam Warburton and Chris Robshaw would do a fine job of leading Britain and Ireland's elite next summer. [more] 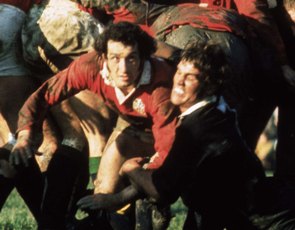 Lions legend Gareth Edwards believes both Sam Warburton and Chris Robshaw would do a fine job of leading Britain and Ireland’s elite next summer.

Warburton has long been tipped to succeed Paul O’Connell as Lions skipper Down Under, while Robshaw has led England with distinction since the Six Nations.

Edwards, who played 29 provincial games and 10 Tests for the Lions across three tours in 1968, 1971 and 1974, favours Warburton for the Lions leadership in 2013 but he says there’s little to choose between the two men.

"If Sam can recapture the form he showed 12 months ago he'd be my choice, but should England build on that win over New Zealand Chris must come under consideration," Edwards told the Daily Mirror.

"He's playing well, he's proved his ability against the very best and beating the All Blacks will have given England a tremendous amount of confidence.

"It has shown what this England team is capable of. England are very much the ones to watch in the Six Nations.

"I'm a big fan of Robshaw. I like the way he's playing and I think he captained England particularly well. That win over New Zealand highlighted his capability, without any question.

"Equally, there's no doubt Sam at his best would be a fine leader – but it's been a tough autumn for Wales, who I thought looked somewhat jaded.

"Sam, I feel, is coming into a bit of form, but much depends on the Six Nations. Warren (Gatland) picks on form – not on reputation."

Ireland trio O’Connell, Brian O’Driscoll and Jamie Heaslip are also likely to come into consideration for the captain’s armband.

Scotland skipper Kelly Brown could be an outside bet but the Saracens flanker faces huge competition for a spot in the Lions back row next summer and only officially took on his nation’s captaincy this autumn.