Lions selection almost always includes one bolter every four years and Gloucester's Freddie Burns is throwing his hat into the ring ahead of next summer's tour Down Under. [more] 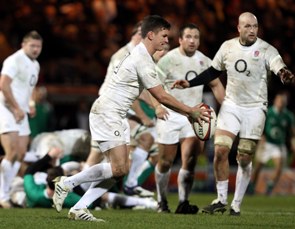 Lions selection almost always includes one bolter every four years and Gloucester’s Freddie Burns is throwing his hat into the ring ahead of next summer’s tour Down Under.

The Gloucester fly-half only made his England debut in the autumn but his club form this season has been sensational.

Burns is the top points scorer in the Aviva Premiership and added another 18 to his tally as Gloucester dug deep to see off Exeter at the weekend.

The 22-year-old produced an assured display in far from helpful weather conditions at Kingsholm and Gloucester forwards coach Carl Hogg reckons he is getting better every week.

“Freddie’s matured a lot over the last six months,” said Hogg, after his side moved up to fourth in the Premiership table.

“He’s got a real balance to his play and he understands the momentum of the game.

“I thought some of his kicking out of hand was excellent. He’s marshalling us very well.

“It’s no surprise that we’re sitting fourth in the table now and Freddie needs to take a lot of credit for that.”

Burns made his England bow from the bench against the All Blacks at the beginning of the month and will hope to continue to put pressure on both Toby Flood and Owen Farrell for the No10 shirt in the Six Nations.

And while you’d still get long odds on him making the Lions tour to Hong Kong and Australia, recent history suggests that he has every reason to hope.

The likes of Leigh Halfpenny, Andy Powell, Ugo Monye, Riki Flutey and Keith Earls were all uncapped prior to the autumn series in the lead up to the last Lions tour so there’s no reason why Burns, especially with Wales 10 Rhys Priestland currently sidelined, couldn’t follow suit this time around.