Lions hopeful Dan Lydiate is on target to feature in Wales' defence of their RBS 6 Nations crown next month. [more] 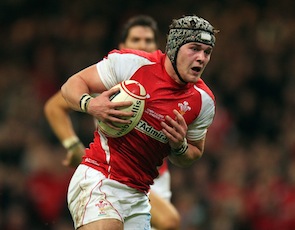 Lions hopeful Dan Lydiate is on target to feature in Wales’ defence of their RBS 6 Nations crown next month.

Lydiate is ahead of schedule in his recovery from a broken ankle and is now expected to be back in action at the beginning of February.

The blindside flanker still faces a race against time to play in the opening clash with Ireland in Cardiff and the following week’s trip to Paris but Dragons coach Darren Edwards hasn’t ruled his star man out of either encounter.

“He is on course for the start of February,” said Edwards, whose team play LV= Cup matches against the Ospreys on January 26 and London Welsh on February 3.

“It wouldn’t surprise me if Dan has a half of rugby for us and Wales throw him straight in.

“He’s that important – we saw how much he was missed during the autumn internationals.”

As well as being a huge boost to Wales interim coach Rob Howley and co, the latest prognosis is a massive plus for Lydiate himself as he looks to earn selection for the summer Lions tour of Australia.

Lydiate was being talked about as one of the favourites for the No6 shirt Down Under prior to his lengthy lay off but his fans had initially feared he may run out of time to prove his fitness prior to Warren Gatland’s squad selection in late April.

Lydiate sat out all four Dove Men Series Tests against Argentina, Samoa, New Zealand and Australia after suffering his ankle break in a PRO12 encounter with Edinburgh at the back end of September and was originally a doubt for even the latter part of the 6 Nations.

The 25-year-old had been named RBS Player of the Championship at last year’s tournament as Wales surged to a third Grand Slam since 2005.

He currently has 27 Wales caps to his name having made his debut as a replacement against the Pumas in the autumn of 2009.