Brumbies coach Jake White doesn't expect his star names to double up for club and country when the Lions come calling this summer. [more] 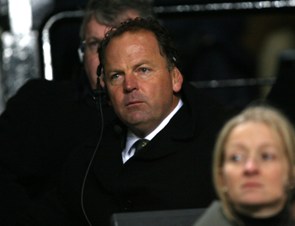 Brumbies coach Jake White doesn’t expect his star names to double up for club and country when the Lions come calling this summer.

Wallaby boss Robbie Deans and Lions supremo Warren Gatland have both talked about the plus points of giving Australia’s best players an early shot at the tourists but the timing of the Brumbies encounter seems to make that almost impossible.

The Canberra clash is the last of the pre-Test warm ups, taking place just four days before the Lions face the Wallabies in Brisbane on June 22.

And while the likes of Brumbies and Wallaby veteran Stephen Moore has already said he would love to play in both games, White can’t see that happening.

''I think it's highly unlikely you'll get some boys playing four days before the first Test and then still expected to be in the Test match,'' said White, whose team includes Wallaby regulars David Pocock, Ben Alexander, Pat McCabe and Moore.

''If I was a national coach, I'd be wanting to make sure my Test team almost stayed in cotton wool for that first Test match.''

That attitude was echoed by Brumbies skipper Ben Mowen, although the back rower himself is really keen to test himself against Britain and Ireland’s elite.

''I'm not really concerned about the British & Irish Lions' prep, they can go play whoever mate,'' said Mowen.

''The last thing you should be listening to is what Warren Gatland wants.

''In saying that, all the squads that get to play the Lions, it's a huge opportunity to play those guys.

''I don't think anyone in the squad would not be putting their best foot forward in those games and I think it's a good opportunity to see the rest of the squad play.''