Lions tour manager Andy Irvine is predicting that the summer trip to Australia will be the 'biggest event in the sporting calendar in 2013'. [more] 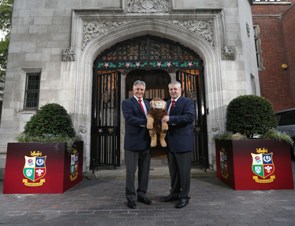 Lions tour manager Andy Irvine is predicting that the summer trip to Australia will be the ‘biggest event in the sporting calendar in 2013’.

Irvine is currently Down Under alongside head coach Warren Gatland and a number of other senior Lions figures as the preparations for the 125th anniversary adventure gather pace.

And with less than five months to go before the Lions head to Oz via Hong Kong, Irvine is seeing first hand how quickly the excitement is building in the host nation.

“There is already a massive interest over here in Australia. The people we’ve met and spoken to are all licking their lips at the prospect of the Lions visiting here,” said Irvine.

“We only come to Australia once every 12 years, and the Australian players have said that, other than the World Cup, this is the biggest event for them.

“I think it will be the biggest event in the sporting calendar in 2013. Australia is a fantastic country and the atmosphere out here will be just incredible.

“It’s going to be some contest, there’s no doubt about that. What we’d love to do is come back here and show our supporters that we’re capable of winning a series. It’s going to be a magnificent occasion.”

To listen to more of Irvine’s thoughts on his time in Australia, click here for his full interview with Lions media manager Greg Thomas.