Ulster duo Paddy Jackson and Luke Marshall will make their Ireland Test debuts this weekend after Declan Kidney made five changes to his side to face Scotland. [more] 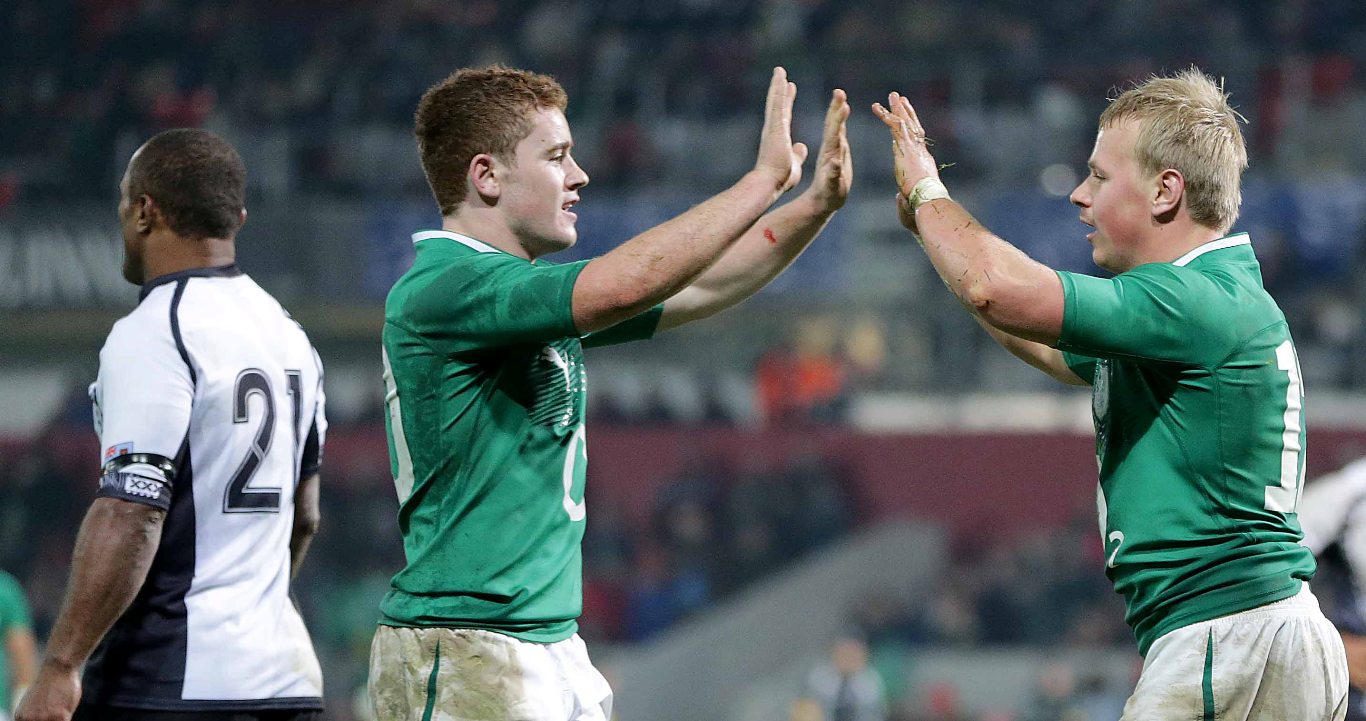 Ulster duo Paddy Jackson and Luke Marshall will make their Ireland Test debuts this weekend after Declan Kidney made five changes to his side to face Scotland.

Sexton’s hamstring complaint was expected to mean triple Lions tourist Ronan O’Gara would wear the No10 shirt at Murrayfield but Kidney has opted for 21-year-old Jackson instead.

Jackson, who skippered Ireland at U20 level, started the Heineken Cup Final last term and has been a regular for Ulster since the departure of Ian Humphreys to London Irish but Sunday’s trip to Scotland will be by far the biggest moment of his fledgling career.

His club colleague Marshall – who is also 21 – has seen off the challenge of the likes of Fergus McFadden and Luke Fitzgerald for the inside centre berth, with Kidney suggesting that their successful partnership at provincial level played some part in his thinking.

"Paddy's inclusion was a challenge given the stature of Ronan O'Gara, but I think Paddy deserves a go in this one," said Kidney, who picked Jackson and Marshall in his squad for the non-cap clash with Fiji in November.

"It was a very difficult decision to leave Ronan out, it was right up there. But that's a compliment to Paddy.

"There were always going to be five changes to the side that played against England. Luke was with us all through November and accomplished himself very well."

Keith Earls comes in for Simon Zebo on the left wing after the inform Munster flyer broke his foot in the Round 2 defeat to the English in Dublin, while Ulster prop Tom Court replaces the suspended Cian Healy.

Veteran outside centre Brian O’Driscoll and Lions hopefuls Sean O’Brien and Donnacha Ryan have recovered from ankle, hamstring and back troubles respectively but Connacht lock Mike McCarthy misses out with knee ligament damage.