Get on HSBC’s Legendary Lions Shirt 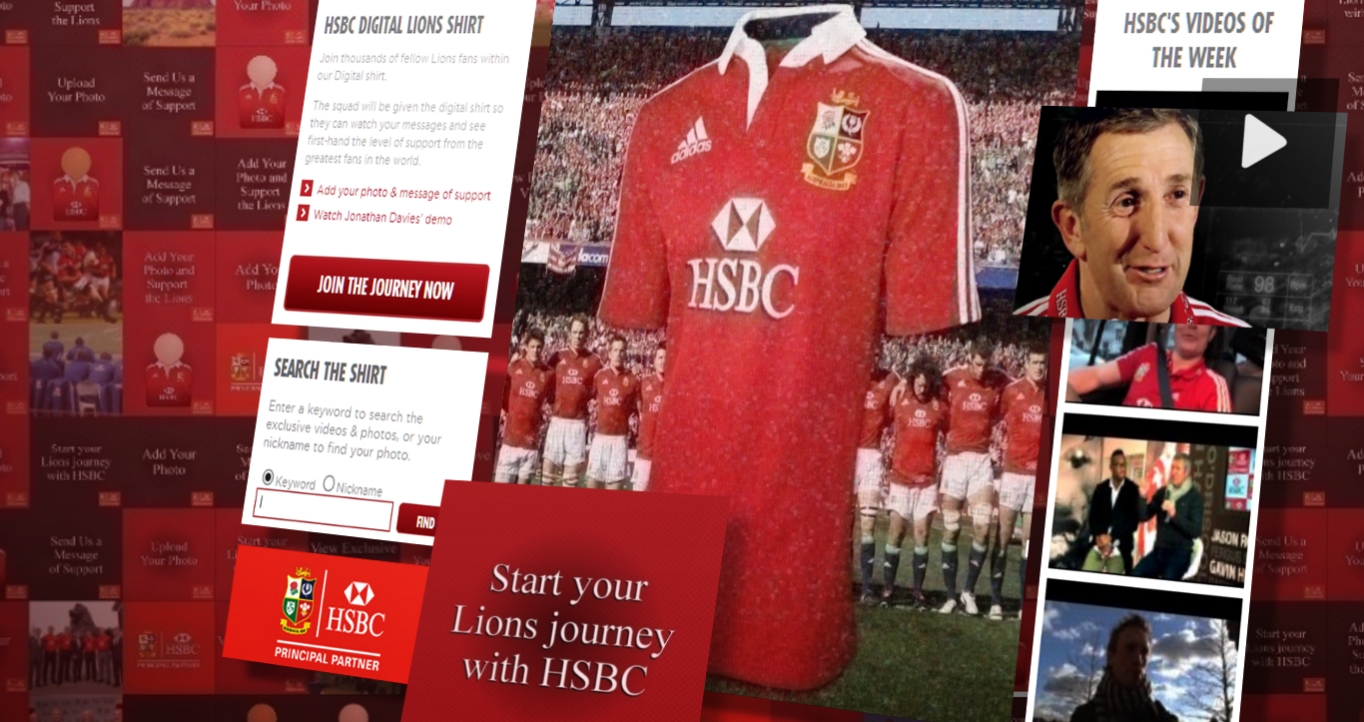 The world renowned and revered red jersey of the Lions has been turned into a digital hub housing hundreds of Lions related photos, videos and messages from the past and present – and also has plenty of space to include new greetings from fans in 2013.

This special and historic innovation from HSBC is designed to give Lions fans a unique chance to roar on their team ahead of, and during, the 125th anniversary tour to Hong Kong and Australia this summer.

The shirt already contains hundreds of historic photos of great Lions from the past, great matches and off the field moments. There are also videos to enjoy that capture the magic of both playing for and supporting one of world rugby’s greatest institutions.

Using special deep zoom mosaic technology, fans can explore the digital shirt here. All Lions fans are encouraged to get involved by uploading a photo and message of support that will be instantly included on the ‘Lions Digital Shirt’.

Find out more by watching the demo video with HSBC ambassador Gavin Hastings here and then get busy uploading your Lions photos, past and present, as well as messages of support for Warren Gatland’s team.

Only the privileged few get the chance to wear the Lions jersey on the field but, thanks to HSBC, tens of thousands of fans can now get their chance to be a part of one of the most famous shirts in the game.