In the second instalment of our power of speech series, we'll be looking back at the words of a true Lions legend. [more] 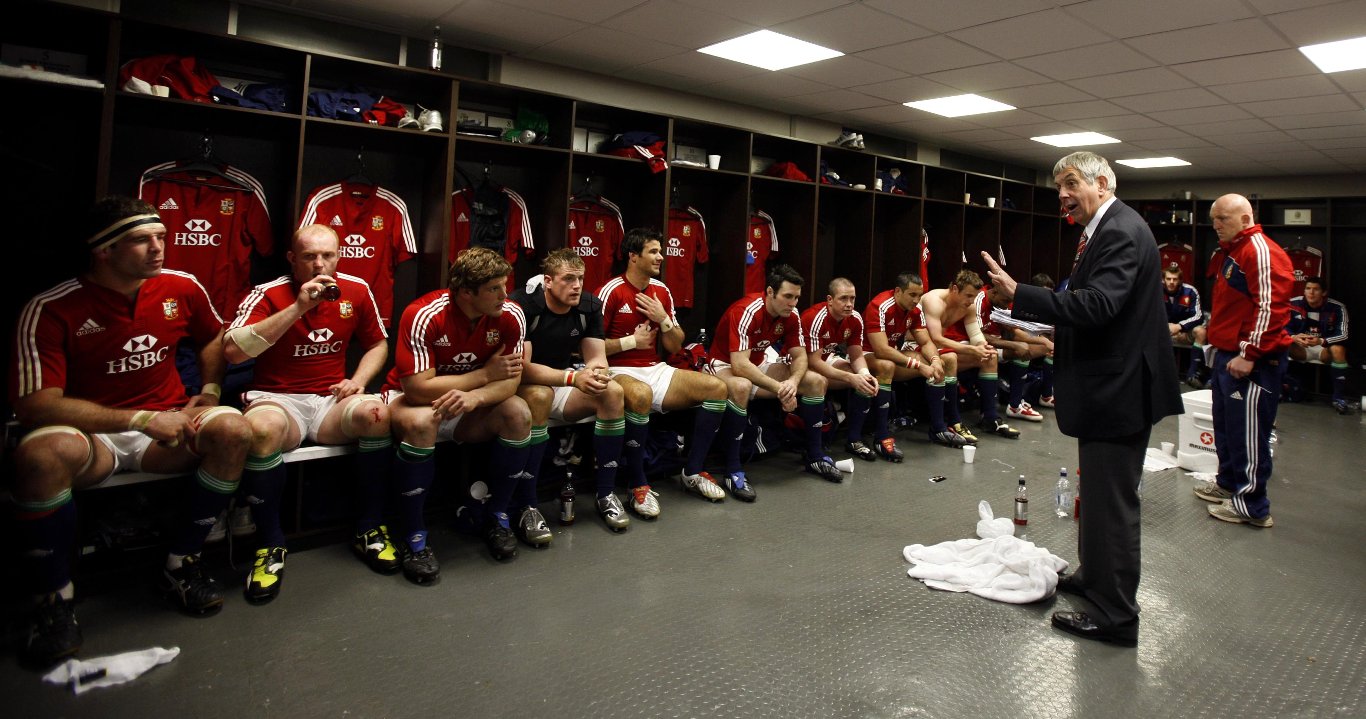 In the second instalment of our power of speech series, we’ll be looking back at the words of a true Lions legend.

Last week we relived the inspirational speeches of Jim Telfer but this time we’re focusing on the talking talents of a man who knows the Lions better than anyone else – a man who’s words have defined so many of the most recent Lions adventures.

Sir Ian McGeechan followed two tours as a player with five more as a coach and it is here that he really came into his own.

He may have won Test honours as a centre in both 1974 and 1977 but it is his motivational techniques and his understanding of what makes players tick that ensured he earned the moniker ‘The Lion King’.

McGeechan knows the Lions inside out. He knows what the badge means to individuals and to all four nations combined. He knows why the Lions is special and, above all, he knows how to get the best out of those who follow him in wearing the famous red jersey.

Here, we take a look back at some of his famous speeches from two of his handful of tours as a coach, namely the 1997 and 2009 adventures in South Africa.

His words 16 years ago inspired a group of supposed no hopers to somehow topple the World Champions in their own backyard, while his efforts four summers ago saw the latest crop of Lions restore some much-needed pride into the world’s most famous touring team.

Here’s an insight into what McGeechan told his Lions…

“Well boys, I said from the beginning, it’s teams within teams. You’ve got the jersey. You carry the responsibility and you carry the challenge.

“What you’ve got now is four countries playing as one. I think Jim (assistant coach Jim Telfer) and I both feel privileged, and to a certain extent humbled, about coming together with the most talented players in the British Isles.

“The mantle that you carry and the challenge that you have is to put a marker down in South Africa about the way we can play rugby.

“The whole thing should be a challenge. You’ve got to enjoy it. Look around at the shoulders you’ve been rubbing against the last couple of weeks, the talent. We’re underestimated, I’m convinced of that. I’m quite happy.

“But the ability for us to stay in this game and keep them under pressure and play at the pace we want is that when somebody goes into contact or hits the deck, there has to be three, four or five behind him. There has to be. There has to be that commitment to get behind the ball.

“But as Fran (team manager Fran Cotton) says, the f***ing hairs on the back of my neck will be up when you run out on that field.

“A Lion in South Africa is special. The Lions are special, the legends go with it.

“You’re making history, you’re putting the marker down, you, this afternoon, are saying what the ’97 Lions are all about.”

“That badge, we always said, represents four. I think it represents something else. You carry one on your jersey. That is a very personal thing. What goes into that is your own country and three others. But what also goes into it is you.

“Go out, enjoy it, but play for everything that’s in that badge. For you personally, and for all of us collectively. Good luck. Lets have a win and lets frighten them to death.”

“There are days like this that many rugby players never have, they never experience it. It is special.

“Jim and I have been involved in rugby a long time. I can tell you that these are the days that you never believe will come again. It has. And I can tell you that I’ve given a lot of things up. I love my rugby. I love my family. And when you come to a day like this, you know why you do it all. You know why you’ve been involved in this. It’s been a privilege, it is a privilege, because we’re something special. Because you’ll meet each other in the street in 30 years time and there will just be a look and you’ll know just how special some days in your life are.

“We’ve proved that the Lion has claws and has teeth. We’ve wounded a Springbok. When an animal is wounded, it returns in frenzy. It doesn’t think. It fights for its very existence. The Lion waits and, at the right point, it goes for the jugular, and the life disappears.

“Today, every second of that game – we’ve talked about what they’re going to do, or everybody else has – we go for the jugular. Every tackle, every pass, every kick is saying to a f***ing Springbok ‘You’re dying. Your hopes of living in this Test series are going’.

“And on that field sometimes today, all it will be between you is a look. No words, just a look. It’ll say everything. And the biggest thing it will say is ‘You are special’.

“You are very, very special. It has been, and is, a privilege. Go out, enjoy it, remember how you’ve got here and why. But finish it off, and be special for the rest of your lives. Good luck, go for it.”

“They’ve said there’s nothing to play for, that it’s a dead series. I’ll remind you of what Gats (assistant coach Warren Gatland) said on Wednesday – I think we’ve got everything to play for.

“Some of you might be there to pick up the next jersey in four years’ time. Some of us won’t be. Please, please give them something to play for and something to understand.

“Good luck, but play for everything we want that jersey to be and everything you’ve made it so far. All the best boys.”