The class of 1989 defied the odds to turn a 1-0 Test deficit into an historic 2-1 series victory with the narrowest of triumphs in Sydney some 24 years ago. [more] 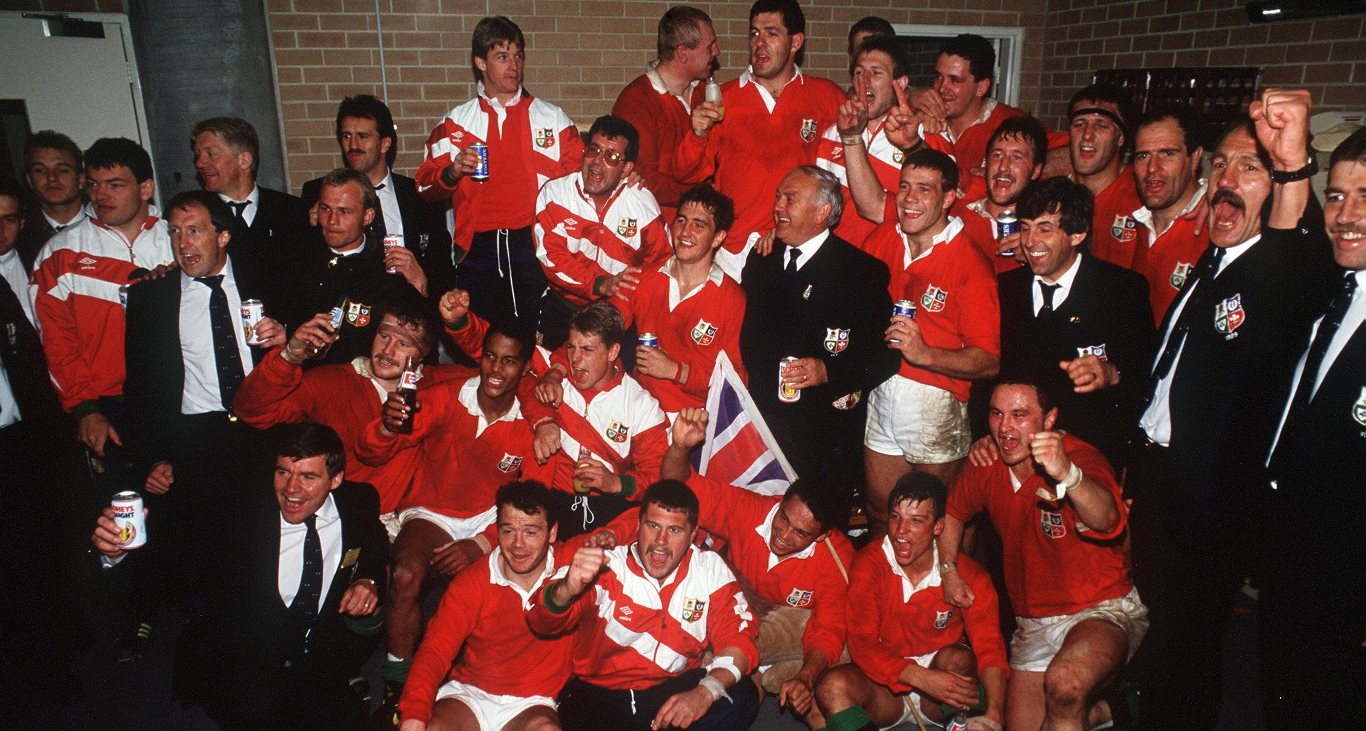 The class of 1989 defied the odds to turn a 1-0 Test deficit into an historic 2-1 series victory with the narrowest of triumphs in Sydney some 24 years ago.

The class of 1989 defied the odds to turn a 1-0 Test deficit into an historic 2-1 series victory with the narrowest of triumphs in Sydney some 24 years ago.

A second-half try from Welsh wing Ieuan Evans and 15 points from the boot of Scottish full back Gavin Hastings saw Sir Ian McGeechan's men become the first-ever official Lions side to record a series victory after losing the opening Test.

The tiny margin of the 19-18 win over the Wallabies, the contributing factor of a major error from one of the world's greatest ever players, and the historical significance of a stunning series comeback make this match one to remember.

The 1989 tour saw the first time in 90 years that the Lions had travelled to Australia as a solitary destination. The seven other visits the Lions had paid to the country since 1899 had all featured matches in other nations, most notably New Zealand but also Canada in 1966.

Having won their first six fixtures against opponents that included Australia B, Queensland and New South Wales, the Lions went into the first Test in Sydney in confident mood. But McGeechan's squad were soon given a harsh reality check as they fell to a comprehensive 30-12 defeat in front of a sell-out crowd in the opening Test of the three-match series.

The Lions showed their true spirit to bounce back in spectacular fashion by recording a midweek win over Australian Capital Territories followed by an infamous 19-12 victory over Australia in Brisbane in what became known as the 'Battle of Ballymore'. The violent nature of the second Test received widespread criticism but the Lions forwards had shown their mettle and left the Wallabies in no doubt they would not be bullied in the deciding rubber.

After making five changes in the wake of the first Test defeat, McGeechan, team manager Clive Rowlands and assistant coach Roger Utley named the same side that responded so well in the second Test in Brisbane. That meant that Wade Dooley, Mike Teague, Rob Andrew, Scott Hastings and Jerry Guscott retained their places ahead of first Test victims Bob Norster, Derek White, Craig Chalmers, Mike Hall and Brendan Mullin in what would be an epic encounter at the Sydney Football Stadium.

Fly-half Andrew, who had only been called up to the touring party as a replacement after Irishman Paul Deans picked up an injury in the first match of the tour, was partnered by the impressive Robert Jones at halfback, with Scott Hastings and Guscott forming an exciting and contrasting centre combination.

Scott's elder brother Gavin started at full back once more despite having missed most of the domestic and international season through a groin injury, while Rory Underwood and Ieuan Evans were selected on the left and right wings respectively.

McGeechan was looking for another emphatic performance from a forward pack which had demolished their Wallaby counterparts a week earlier and he named David Sole, Brian Moore and Dai Young as a combative front row unit.

Dooley was joined by another Englishman, Paul Ackford, in the second row, with Teague starting on the blindside flank, inspirational tour captain Finlay Calder on the openside and Dean Richards wearing the No8 shirt.

The Australians had the now-legendary Nick Farr-Jones and Michael Lynagh pulling the strings at halfback, and David Campese, one of the globe’s finest ever wingers, starting at No11.

The third Test was dominated by the boot, with both sides crossing for just a single try apiece. Gavin Hastings kicked five successful penalties for the tourists, in comparison to four penalties and a conversion from Lynagh, as the Lions sneaked home by just a point.

A hat-trick of penalties from Hastings, in reply to a converted try from Wallaby right wing Ian Williams and a penalty from Lynagh had left the scores tied at 9-9 after the opening 40 minutes.

The second period proved even more dramatic as Australia took the lead thanks to a second Lynagh penalty before the Lions hit back with the game's decisive moment.

Having been hounded constantly by Evans throughout the series, Campese attempted to finally free the shackles by running the ball from behind his own goal line. A failed drop-goal attempt from Andrew had left Campese with the simple task of dotting the ball down for a 22-metre drop out, but the man who would go on to win 101 caps for his country thought he saw space and attempted to exploit it.

Evans closed his opposite man down quickly, with Campese reacting by throwing a wild, over-the-shoulder pass to his full back Greig Martin. As he wasn't expecting the pass, Martin could only watch as the ball bounced off his shoulder and into Evans' direction, much to the surprise of the Welshman. Evans then picked up the ball just metres short of the Wallaby line to score the crucial try early in the second period.

Former Wallaby fly-half Mark Ella has since suggested that it was Campese's frustration at being starved of possession that persuaded him to take such a risk in a game of such magnitude. "I sympathised with Campese when he made that famous blunder," said Ella. "I have no doubt he did it out of frustration. He had been starved of the ball for so long that he tried to do too much with it at a critical moment."

Although Hastings was off-target with the conversion attempt, the Lions were back in front at 13-12. It was a lead that they would never relinquish.

Two more penalties from Hastings stretched the Lions' advantage to seven points at 19-12 and, although Lynagh hit back with two penalties of his own, the tourists were not to be denied an historic win.

Another memorable victory to add to the Lions' collection

Nick Farr-Jones (Australian captain)
"I think that the third Test could develop into open warfare. As far as I am concerned the Lions have set the rules and set the standards and, if the officials are going to do nothing about it, then we are going to have to do it ourselves. We won't sit back and cop it again."

Clive Rowlands (Lions manager)
"It was wrong to blame Campese for the defeat in which his forwards were comprehensively trounced."

Jerry Guscott (Lions centre)
"A sight I will never forget was that of Clive Rowlands. He had tears flooding out of his eyes, down over his cheeks as he greeted every player and he told us, 'the lion is getting bigger'."

Gavin Hastings (Lions full back)
"So close was it that, at the end, I only had a feeling of great relief rather than one of euphoria. When the final whistle went with Australia trying to attack from their own line, I knew we had not merely beaten the 15 guys on the other side, but a whole nation which cries out for and demands sporting success at the national level.

"We had won the series 2-1, to hopefully create the kind of respect and sort of immortality achieved by the 1971 and 1974 tours. I felt we had deserved no less, for rugby has changed dramatically since then and the pressures infinitely magnified."

Finlay Calder (Lions captain)
"It is a marvellous tribute to rugby and all it stands for that players from the Home Unions can still come together, enjoy each other's company, play for each other and defeat Australia."

THE LIONS IN SYDNEY

The Lions have played a total of 40 games in Sydney, of which 12 have been official Tests against Australia.

The Lions have played at least one match in Sydney on each of the 11 occasions they have visited Australia.