Jake White ranks coaching ACT Brumbies to an historic win over the British & Irish Lions at the top of his achievements in rugby. [more] 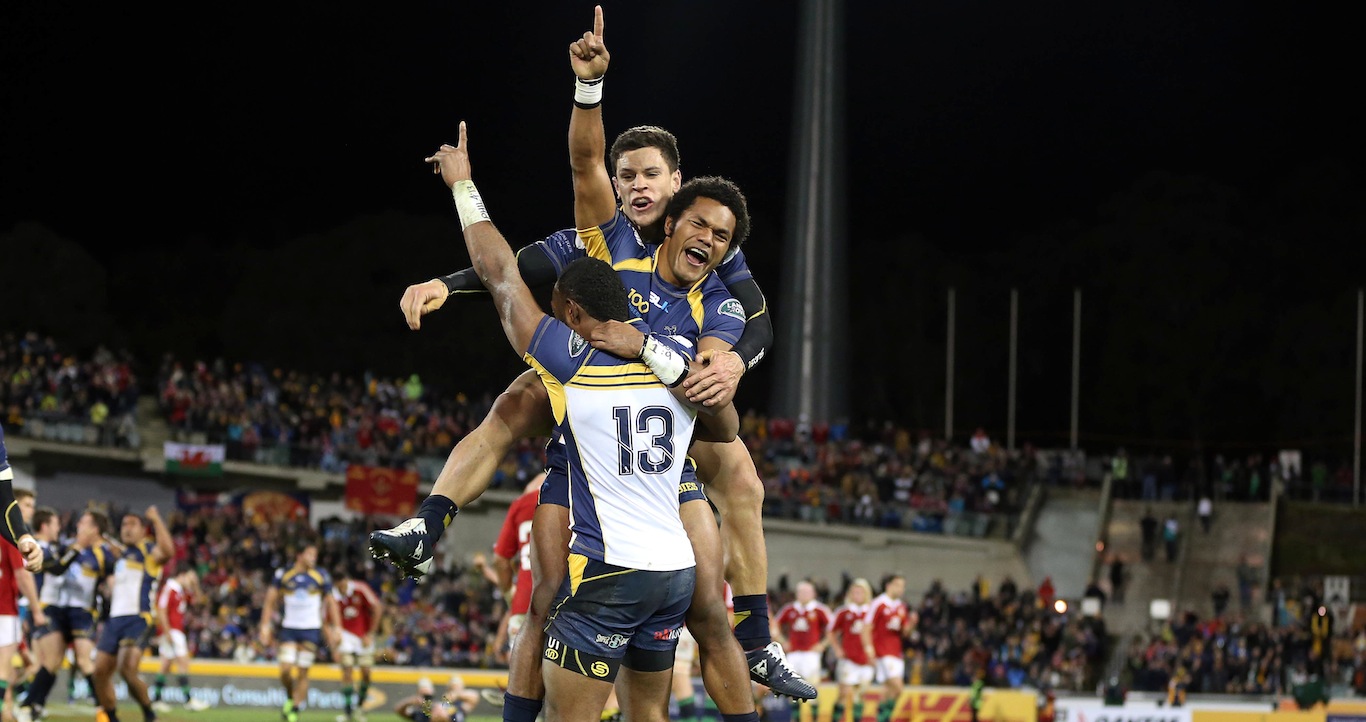 Jake White ranks coaching ACT Brumbies to an historic win over the British & Irish Lions at the top of his achievements in rugby.

The South African head coach has a glittering rugby CV having led the Springboks to the 2007 World Cup title.

White, a two-time IRB Coach of the Year, can also boast Under-21 World Cup and the 2004 Tri-Nations crown but he reckons today’s 14-12 win over the Lions trumps the lot.

And having missed out on the opportunity to coach against the famous tourists in 2009 he was thrilled to savour a victory which brought an end to the Lions’ unbeaten tour record.

“This is as big as it gets for me,” said White.

“I hold the Lions in high regard, it’s an important part of rugby union.

“I was a bit unfortunate and would really liked to have coached against the Lions when I was with the Springboks.

“It didn’t materialise but who would have thought I would be living in Australia and would get another crack at playing the Lions?

“I’ve won a World Cup, it was a massive achievement and I enjoyed that but I have to say I’m really honoured to have had the opportunity to first of all coach against the Lions and now, with a little group of young players, to have something to be remembered in history.

“The players are over the moon – I don’t think they expected it at all.

“We only had 28 Test caps against a really a really experienced side with 580 Test caps but rugby and sport is a funny thing and they are enjoying themselves.”

The Brumbies, who are currently leading the Super Rugby table, made a roaring start to the Canberra Stadium encounter.
Tevita Kuridrani crossed for an early try after the hosts exposed some lacklustre defence and they never looked back despite a late Lions rally.

White admits getting off to a good start was crucial and he was thrilled with the Brumbies’ dominant display at the breakdown.

“They were a bit disjointed with a couple of chaps joining them late this week and we knew it would take some time for them to get cohesion.

“I appreciated they had a very strong bench, and that’s what happened towards the end when they bought the front-row on, so we needed to start well.

“Defensively I wanted to make sure we could have a crack at the breakdown. I felt if we gave them quick ball they would have a lot of big players coming around the corner and asking questions.

“We also wanted to play field position, all of the other Australian teams have tried to play flashy rugby but didn’t get their return so we wanted to play it like a Test match and see whether or not we could build pressure.

“I knew it wasn’t going to be a flashy game, a four-try bonus-point game, but I’m really proud that we stuck at it.”

The Brumbies boasted just one of their Qantas Wallabies contingent, in captain Peter Kimlin, and White reckons the No.8 and several of his young stars staked a claim for the future.

“The most important thing for me as a franchise coach is producing players to play international rugby and I said to them, ‘this is a great window of opportunity to test yourselves against Test players’.”