Kurtley Beale will bounce back from his heartbreak last Saturday to shine against the British & Irish Lions this weekend according to his Qantas Wallabies team mate Ben Mowen. [more] 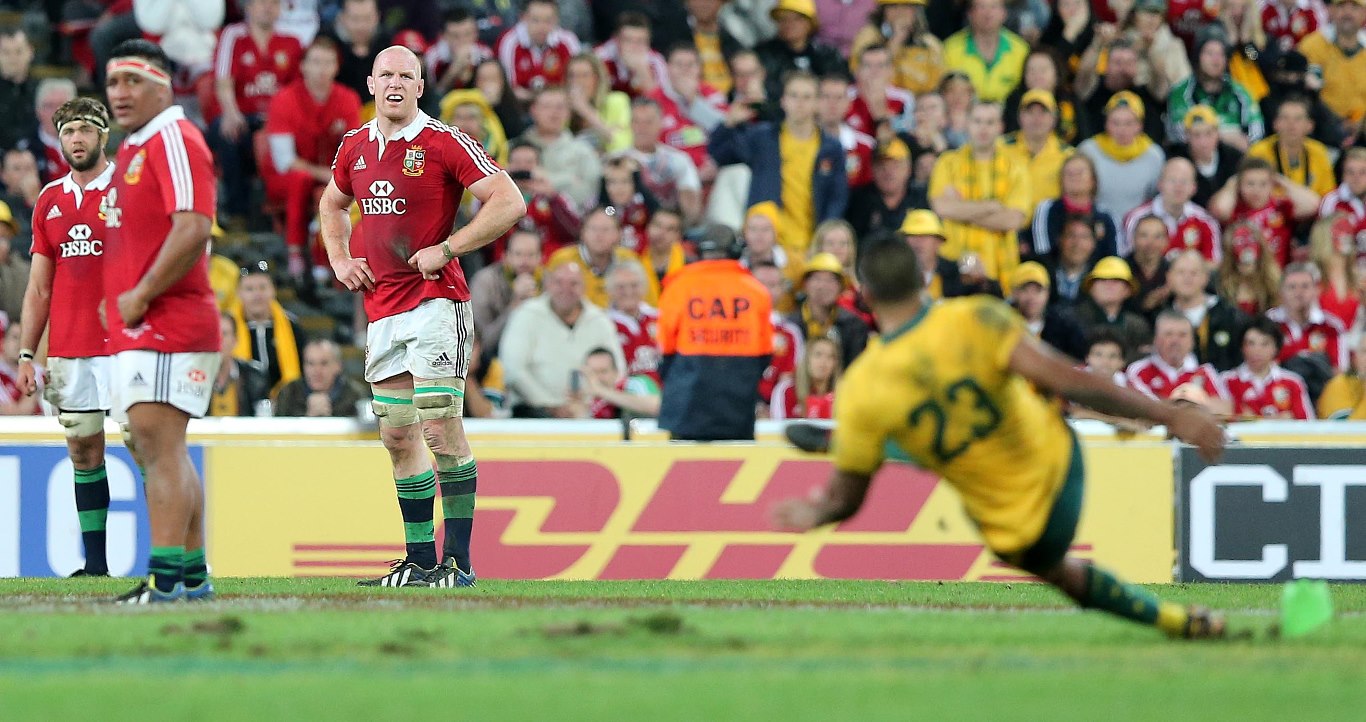 Kurtley Beale will bounce back from his heartbreak last Saturday to shine against the British & Irish Lions this weekend according to his Qantas Wallabies team mate Ben Mowen.

Beale missed two match-winning shots at goal in the last five minutes of the Lions’ famous first Test triumph in Brisbane, the second of which was the final play of a pulsating encounter.

Things could have been so different had Beale hit the target with just one of those penalty attempts at the Suncorp Stadium but Mowen insists the star utility back has already moved on and is ready to make amends in Melbourne.

“Kurtley’s bounced right back. He’s been a big performer for us in the last couple of days in training. He was disappointed but Kurtley’s a very strong bloke – people don’t give him enough credit for how mentally strong he is,” said Mowen, who made his international debut on the blindside flank in the opening rubber of the three-match series.

“The guys came around him very quickly and told him not to worry. The fact of the matter is that we had the chance to win with that kick because he kicked one earlier. He could just as easily have missed the harder kick and got that one and it wouldn’t have made a difference.

“Once you get to this level, guys have all been in situations where they’ve had success and haven’t had success. Kurtley kicked the kick that won the first game that the Wallabies had won (against South Africa) on the High Veld in about 40 or 50 years so he’s been in those situations. He’s had rewards and he’s been in situations where he hasn’t got it – he’s a mentally tough bloke and those are the types of blokes you want to hand the ball to every time because, more often than not, they get you the result.”

The fact that Beale featured at all in the first fixture was testament to his ability to put the past behind him and perform in the present no matter what the circumstances.

The 24-year-old had only recently returned to team training from suspension for off-field issues that had led to him undergoing counselling for alcohol problems in Sydney.

Beale was involved in a public bust up with Rebels colleagues Cooper Vuna and Gareth Delve while on tour in South Africa in late March and was subsequently suspended again after drinking following his comeback game against the Chiefs in early May.

“As a squad we’re extremely proud of what KB’s done. He’s had to make a lot of hard decisions over the last couple of months and he’s had to air those decisions very publicly, which I think is the biggest challenge,” added Mowen.

“The way he’s come back from those situations has been amazing. He took the field the field for us at the weekend having not played a whole lot of footy. He’d done a lot of personal preparation by himself and he showed up to camp in top nick.

“I’ve known Kurtley for about four or five years and over the last six or seven months he’s really changed as a bloke. He’s really taken a big step forward and he’s matured a lot. The way he played on the weekend showed a good reflection of that.

“You can’t come on to the field and perform the way he did unless your mind is in the right place and your body’s right. I think it might have been his second or third touch of the ball when he made a 40-metre break. He made some really clutch kicks and he was obviously unlucky with the last kick but if you were in that same situation again you’d definitely throw him the ball because he’s a proven performer.