George North has promised there will be no repeat of his pre-try gesture to Will Genia if he gets the chance of score again in Saturday night's vital second test at Melbourne's Etihad Stadium. [more] 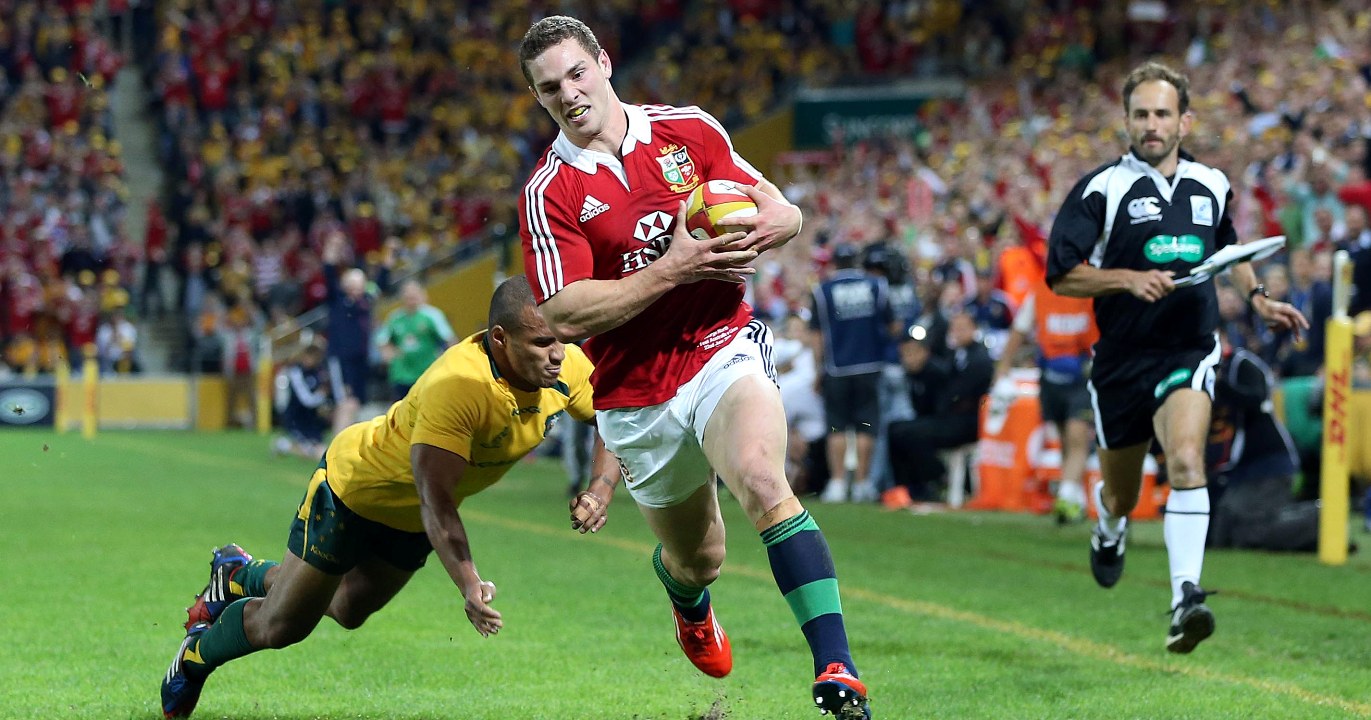 George North has promised there will be no repeat of his pre-try gesture to Will Genia if he gets the chance of score again in Saturday night’s vital second test at Melbourne’s Etihad Stadium.

The 21-year-old Welsh wing marked his Lions Test debut with one of the great tries, running 60 metres to score. Along the way he beat four defenders before reaching the line with Genia trailing in his wake.

As he rounded Genia he pointed at him before touching down to give the Lions the lead for the first time in the 26th minute. But the incident led to a telling off from the Lions tour manager, a fine from the player’s court and an apology to Genia.

“I was pretty happy with the try. You always try to play as well as you can in a Test match, especially a Lions test match. You take it from whether it is a yard out or a100 yards,” said North.

“It was good to get a Test try under my belt and now I’m hungry for more. But I’ve had a few words from various people about the pointing incident and I have apologised.

“I can’t really explain what I did. I got caught up in the whole emotion of a Test match and scoring my first try. Looking back I do feel horrendous for doing it now – I’ll have to live with it now and take it on the chin.

“I had big words from Andy, which was fun. Rugby is a gentleman’s game and that shouldn’t be involved in the game and Andy talked to me about that. I knew that straight away once I did it.

“It’s difficult to explain your emotions after scoring a try, but I knew I was out of line in terms of sportsmanship and rugby and I felt terrible for that. I had a lot of stick from the boys for doing it and I’m sure that will go on for a bit longer.”

There certainly won’t be any more stick if he can add to his try tally in Melbourne this weekend when the Lions hunt down a possible first series win in 16 years. It promises to be another physical and emotional clash, with all eyes on the North v Folau battle on the wing.

Last week the two men conjured up three magnificent tries between them, two from Israel Folau on his rugby union Test debut and North’s 60 metre classic. Will there be more of the same this week?

“Izzy is a big goose! He is a running threat, good in the air and difficult to read.
I was very aware of his background – he is a mixed man and rugby union is a game in which so many parts of his other codes came into play,” said North.

“I was very impressed to see the way it all came together for him in the Test. Even though they have a few changes in personnel I’m sure they will attack in a similar way. There are still the same threats there with Genia, O’Connor and Beale – and Folau as well.

“We knew from previous encounters that Australia were going to bring a massive tempo to the first Test. In the first 20 minutes the boys did look around and say ‘this is pretty fast let’s keep on going and push and push’.

“We came through it alright and this weekend it is do or die for them so they will have to give everything. I’m sure the pace will be fiery again.”

Twelve years ago the Lions were in a similar position coming into the second Test in Melbourne having won in Brisbane. They led at half-time, but then fell to a record defeat and went on to lose the series.

It is a point that Brian O’Driscoll emphasised to his team mates in an on-field, post-match huddle in Brisbane and underlined in training this week. History beckons once again for these Lions, although North says they are totally focussed on the job in hand.

“We are just focusing on the rugby at the moment and we will let the media doing all the talking up of the game and the significance. We have to focus on what the job is,” said North.

“The whole squad came here with a common goal and we are one step away from achieving that now. What comes after we will have to wait and see.

“There has been a good feeling in the camp. From the moment we sat down as a squad on ‘Messy Monday’ in London we said our common goal was to go away and win a Test series.

“We got the first win under our belt and now we have a great chance to finish it off this weekend. The boys are all really excited and we can’t wait for that challenge now.”