Christian Lealiifano says he could have played on in Saturday's first Test if the medics had asked him an easier question as he attempted to come around from a sickening blow to the head. [more] 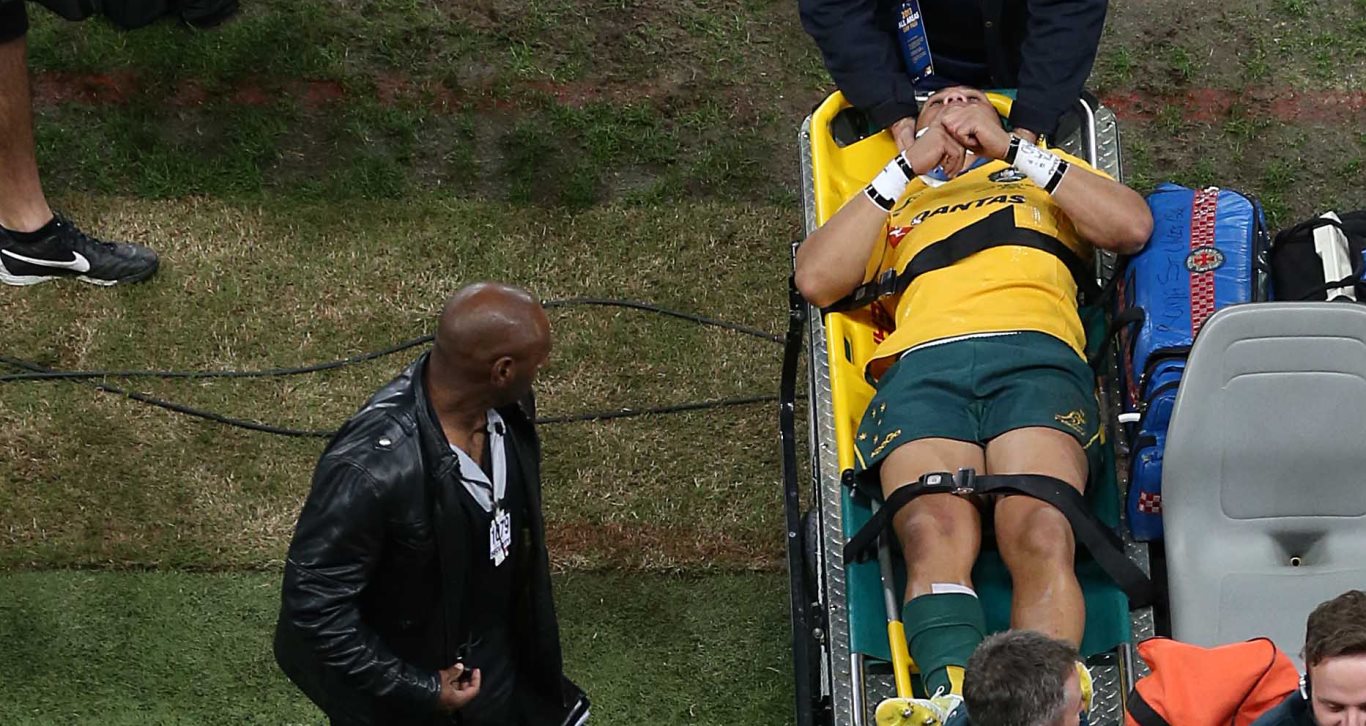 Christian Lealiifano says he could have played on in Saturday’s first Test if the medics had asked him an easier question as he attempted to come around from a sickening blow to the head.

The Brumbies centre lasted just 45 seconds of his Qantas Wallabies Test debut after attempting to tackle opposite man Jonathan Davies almost immediately after the kick off.

Lealiifano was stretchered from the field after a lengthy break in play but has been passed fit to start Saturday’s second Test in Melbourne.

But the 25-year-old playmaker insists he felt he ready to re-enter the opening rubber in Brisbane before the doctors forced him to watch the rest of the thrilling encounter from the sidelines.

“I remember most things. The hardest thing was the doctors asking me if I remembered the Tahs and Lions score from the week before and I struggle remembering that now!” said Lealiifano.

“I was hoping they’d ask me who my mum and dad were, or something. I think they need to change the protocol! They quickly ruled me out of going back on. I feel disappointed that I couldn’t contribute to the side, but they did very well under the circumstances.

“There were no serious side effects. I had a few minor headaches but all the tests that you go through during the week with the doctor I passed quite well and I was happy with. I thought I’d probably be a bit groggy after taking a nap on Suncorp!

“I remember coming back out and watching the boys play and soaking up the atmosphere again. I was really excited still for the boys and I’m sure everyone’s still excited. We’ll feel the same kind of nerves on Saturday and hopefully I’ll get more than 45 seconds.”

Lealiifano was due to goal kick before his premature departure in Queensland and his absence cost his country dear in game one.

James O’Connor and Kurtley Beale left 14 points out on the field between them, with the latter missing two late penalty attempts that would have won it for the Wallabies.

No doubt kicking will play an important role again this weekend but Leallifano is looking forward to the added pressure rather than feeling burdened by it.

“The Lions have been kicking really well, hopefully we can do something similar. It’s an exciting challenge and nothing new to me I guess. You just go out and kick like you do every week when you’re with your province. I’m taking that same mentality in and I’m looking forward to it,” added the New Zealand-born midfielder.

“For me personally, it’s just doing the same routine you do all the time. It’s about not trying to worry too much. If you let the external stuff get to you it can affect you, but my mentality is just to kick like I’m kicking the backyard with my nephews.”